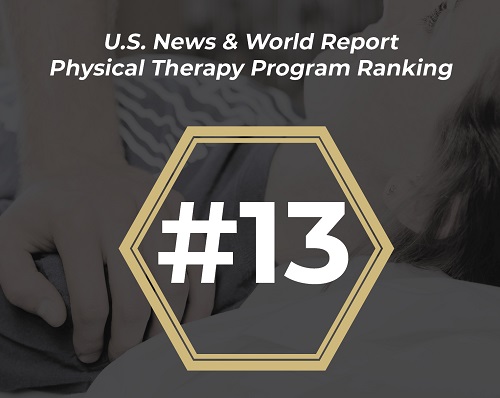 Each school's score reflects its average rating on a scale from 1 (marginal) to 5 (outstanding), based on a survey of academics at peer institutions. The ranking shows the strength of the physical therapy program, out of 239 accredited doctoral programs.

While rankings are subject to methodology, the program’s increase into a top tier program is a reflection of forward thinking changes, such as establishing a Rehabilitation Sciences PhD Program, a Pediatric Physical Therapy Residency and implementing a pre- and post-graduation yearlong internship of the Doctor of Physical Therapy degree. The program has also increased its research presence, both in extramural research funds, collaborations and faculty.