Ingredients essential to the scientific enterprise are hard to pin down. Certainly, a case could be made for key elements such as perseverance and adequate support. Consider the three investigators who shared the Nobel Prize for Physics in 2017 for their work in the observation of gravitational waves. One of the recipients, Rainer Weiss (MIT), made certain to give credit to someone who did not receive a Nobel Foundation phone call from Stockholm: Rich Isaacson. 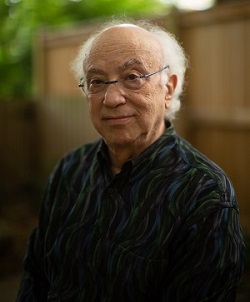 Rich Isaacson proved to be an indispensable piece of the puzzle that ultimately led to the first detection of gravitational waves generated by two black holes careening into one another within the vast expanse of interstellar space – thus validating a theory proposed by Einstein in 1916. Isaacson worked at the National Science Foundation for over 30 years, spending much of that time as a Program Director who advocated for the sustained funding effort that led to the creation of the Laser Interferometer Gravitational-Wave Observatory (LIGO). It was the creation of LIGO that facilitated the scientific breakthrough that would finally occur in 2015.

Given that the teaching and research objectives of a university are two sides of the same coin (or…at least, they should be), perseverance and support are essential ingredients to both enterprises. In considering the over 2,000 graduates of the CU Physical Therapy Program and our ongoing contributions to physical therapy research, our administrative staff serves as unsung heroes in our academic pursuits. From the provision of everything from academic services to program admissions, as well as financial management, outcomes reporting, and communications, our administrative staff is the backbone of the CU Physical Therapy Program. It’s not unreasonable to suggest that the landscape of physical therapy services in Colorado and within the Mountain Region would look very different without the efforts of our administrative staff over the years.

Weiss made the effort to sing the praises of Isaacson while acknowledging his Nobel Prize triumph, which was the proper and decent thing to do. We too acknowledge the contributions of our administrative staff in all that we do. Academic programs and scholarly work are – if nothing else – interdependent activities. The nature of prizes and accolades favor the face of an organization or the prime mover behind a team effort.  But all involved know and understand that many hands are required for a project to have even the slightest chance of success. So, we follow the fine example set by Weiss – no more unsung heroes. We rise or fall based on our ability to share a common vision and work towards a common goal.

In the end, we serve our cause by serving one another.