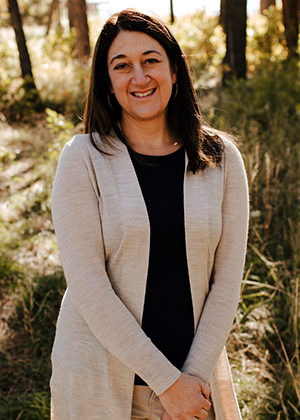 She is the Director and founder of the Denver Health Longitudinal Integrated Clerkship. She began development of this program in 2012 and launched the pilot year in 2014. Dr. Adams also serves as the Assistant Dean of the Clinical Core in the CU School of Medicine. She has strong clinical interests in HIV, primary care, and underserved populations.

Outside of medicine, Dr. Adams enjoys skiing, traveling, and hiking with her husband, twin boys, and 2 dogs. 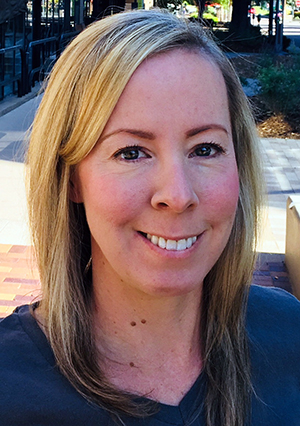 Kristina Oatis
​Coordinator of the DH-LIC

Kristina Oatis moved to Denver in 2011 and has worked in medical education administration since 2007. She has been with the DH LIC program since the beginning of the program.

Strong leadership in a unique educational model for third year medical students led her to Denver Health. She finds supporting students through their 3rd year journey the most rewarding part of her position in the LIC. Outside of Denver Health, Kristina enjoys traveling, cooking, music/concerts, crafting, and spending time with her family and friends.​ 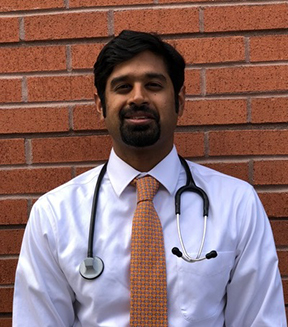 Dr. Vishnu Kulasekaran is originally from Akron, Ohio and graduated from Washington University in St. Louis and the University of Cincinnati College Of Medicine. He completed his residency in Internal Medicine in the primary care track at Temple University Hospital in Philadelphia. In 2013, he joined the division of General Internal Medicine at Denver Health.

He has interests in primary care, quality improvement, transitions of care and treatment of opioid use disorders. He is the Assistant Director of the Denver Health Longitudinal Integrated Clerkship and has been a preceptor in the program since it started in 2014. He enjoys spending time with his wife and two children, and playing basketball and tennis.

Dr. Frank is an attending physician at Denver Health practicing primary care for adults and children and an assistant professor of Internal Medicine and Pediatrics at University of Colorado School of Medicine. She received her Bachelors of Science degree from the University of Dayton and her M.D. from Indiana University School of Medicine. She completed a combined Internal Medicine and Pediatrics Residency Program at Brown University Warren Alpert School of Medicine.
Anne is board certified in Internal Medicine and Pediatrics and practices Primary Care at Denver Health. She is active in medical education at the undergraduate and graduate level, including working as an assistant director of the Denver Health Longitudinal Integrated Clerkship, and directing ambulatory education for Med/Peds residents. She received a certificate from Teaching Scholars Program at the University of Colorado, and has used this training in multiple curricular design efforts.  Anne has additional interests in advocacy and care of vulnerable populations, specifically children in Foster and Kinship care. She works in the Connections for Kids Foster Care Clinic and acts as a Peds Trans/GNB Health Champion. She is also is an active member of the CO-AAP, including the legislative policy committee.

In her free time, Anne enjoys spending time with her husband, 3 children, and dog camping at new sites around Colorado. She is also an avid runner (road and trail) and loves to cross-country ski.​