PROFESSOR OF RESEARCH, DIVISION OF RHEUMATOLOGY

Dr. Banda, Professor-Research, has maintained a prominent lab in the division of Rheumatology for the past 17 years.  His research focuses on the role of complement in anti-collagen antibody induced arthritis, ross river virus-induced arthritis, streptococcal cell wall-induced arthritis, and collagen-induced arthritis. Dr. Banda has developed various assays to measure the activity of the various complement pathways, in the context of disease. The assays primarily measure complement proteins and complement activation products.  Other labs now use these assays nationally as well as internationally.  Dr. Banda maintains academic activity outside of his research lab as a member of the admissions committee for University of Colorado medical students.

Dr. Banda has published work related to six funded R01 grants and served as a principal investigator and co-principal investigator. Dr. Banda’s research focuses on delivery mechanisms for complement inhibitory proteins, inhibitory antibodies, and siRNAs directly to the knee joints for the treatment of rheumatoid arthritis.  At present, he is developing a bio-therapeutic,GalNAc-MASP-1/3-siRNA for their use in Rheumatoid Arthritis-related clinical trials aimed to design and patent medical treatment for arthritis based on the development of inhibitory antibodies and specific siRNA duplexes.  With patent pending, this technology may further apply to the treatment of other complement-mediated autoimmune diseases.

Dr. Banda wrote a book chapter on the activation of various complement pathways in animal serum. He introduced the novel concept of how two different organs, the liver and adipose tissue, act in concert as contributing etiology in the pathogenesis of arthritis.  He showed that the MASP-1 and MASP-3 proteins play an important role in the induction of inflammatory arthritis in mice and natural inhibitors of MASPs such as MAp44 may play an important role to reduce the severity of arthritis.

Dr. Banda is active in the international community as an expert in arthritis research and has been invited to speak in The Netherlands, Sweden, Greece, Germany, China, India and Japan.  He most recently presented at "BeTheCure for Arthritis" workshop in Stockholm, Sweden, invited by Dr. Rikard Holmdahl to set Standards on Operating Procedures (SOP) in experimental arthritis.  He also spoke at the 25th International Complement Workshop in Brazil specifically to address the therapeutic use of a new natural complement inhibitor, MAp44, in arthritis.

Notable recent collaborations include extensive published works with Dr. William Arend, Distinguished Professor, during the discovery of an FDA-approved drug, IL-1Ra (Anakinra, brand name Kineret®) for the treatment of Juvenile rheumatoid arthritis.  Dr. Banda also published with Dr. V. Michael Holers.  Dr. Banda accidently discovered a new potential mouse model of the Axial Spondyloarthritis.  Prior distinguished publications include the original fundamental hypothesis that HIV-1 indirectly kills human CD4 T-cells via apoptosis.  These studies were published in 1992 and 1995 in the Journal of Experimental Medicine and Nature Medicine, respectively. This theory is now one of the most accepted mechanisms in the understanding of HIV pathogenesis today, and these earlier works have been cited over 2000 times and part of many book chapters. 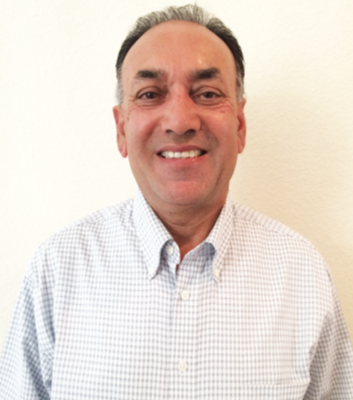 National Institute of Health: The Alternative Complement Pathway and Hemocompatibility of Nanosurfaces.  The goal of this study is explore the mechanism(s) how SPIO nanoparticles activate the complement system and how to modify these nanoparticles so that these will not activate the complement in mouse and man? PI: PI: Dr. Dmitri Simberg (PI) and Co-Principal Investigator Dr. Nirmal K. Banda, 07/01/2016-06/30/2021, R01 EB022040-01