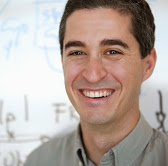 Centriole Biogenesis and Stabilization for Centrosomes and Cilia

In the Pearson Lab, we delve into several fascinating aspects of centrioles and basal bodies as they perform roles in organizing centrosomes and cilia. Centrosomes consist of a pair of centrioles surrounded by a matrix of pericentriolar material that nucleates cytoplasmic microtubules. During G0/G1 of the cell cycle, centrioles are commonly modified to serve as basal bodies that organize cilia. These cilia (known as primary cilia), sense their environment and transmit signals to the cell nucleus. Other cells produce motile cilia that produce hydrodynamic force generating fluid flow. In the case of motile cilia and the basal bodies that organize them, we capitalize on the ciliated protist, Tetrahymena thermophila, to understand how centrioles and basal bodies assemble, organize at the cell surface and resist mechanical stress produced by ciliary beating.

Centrioles and basal bodies must be assembled to resist mechanical forces from either the mitotic spindle or ciliary motility. Using Tetrahymena, we have identified molecules and structures that reinforce basal bodies against the forces produced by ciliary undulations. Although the triplet microtubules of the basal body are radially symmetrical, we find stabilizing microtubule post-translational modifications are asymmetrically localized to the side of the basal body that receives the most compressive force. We have also identified proteins (both asymmetric andsymmetric around the basal body) that promote resistance to ciliary mechanical force by facilitating linkages between triplet microtubules. Remarkably, tubulin post-translational modifications and stabilizing proteins can compensate for each other when one stabilization pathway is lost. We are now studying what establishes the asymmetric positioning of post-translational modifications and how the proteins we have identified promote triplet microtubule linkages.

In addition to basal bodies resisting ciliary forces, they must also maintain their cellular position and orientation, and they must efficiently transmit ciliary forces to the cell. This requires a dynamic cortical cytoskeleton. Moreover, each individual basal body is polarized and positioned with respect to the cell’s global geometry. Using quantitative live cell microscopy, transmission electron microscopy (EM), EM tomography, computational modeling, and genetics we are elucidating the mechanisms by which the cortical cytoskeleton influences and maintains basal body positioning and orientation in the face of large asymmetric forces produced by ciliary beating.

We previously discovered that a short isoform of CEP135, a protein that when full-length promotes centriole duplication and stabilization, represses duplication. The short CEP135 isoform (CEP135mini) is a natural dominant negative whose levels are tightly regulated through the cell cycle. We hypothesize that the relative levels of full length and CEP135mini are important for maintenance of the normal homeostasis of centriole number that is altered in many cancer cells. Indeed, CEP135, but not CEP135mini, is upregulated in cancer. Our current studies aim to understand the mechanisms of RNA processing that control the relative levels of the CEP135 isoforms. Other proteins involved in the control of centriole duplication and function are also regulated by pre-mRNA processing and we are investigating RNA splicing factors responsible for this control. Moreover, we are exploring the mechanism by which CEP135mini represses centriole duplication.

Centrosome and cilia dysfunction in Down syndrome

Down syndrome is caused by an extra copy of chromosome 21. Interestingly, there are clinical similarities between individuals with Down syndrome and those with ciliopathies (a class of genetic diseases that affect ciliary function), including cerebellar hypoplasia, craniofacial dysmorphology, and cardiac septal defects. Consistent with this, we discovered that trisomy 21 cells from individuals with DS have primary cilia defects. The gene encoding the major centrosome scaffolding protein, Pericentrin, is present on chromosome 21 and we find that elevated Pericentrin alone is sufficient to suppress cilia formation and cilia-dependent signaling. We are now exploring how Pericentrin levels affect cytoplasmic trafficking, primary cilia formation, ciliary signaling and centrosome function during mitosis. These studies shed light both on human disease and fundamental centrosomal processes.​