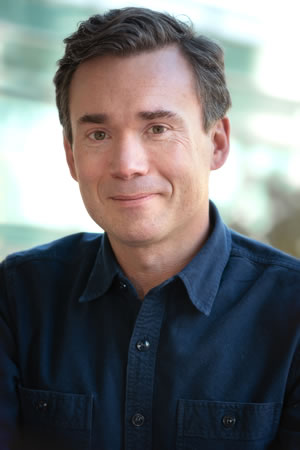 The arrangement of organelles within a cell is critical for homeostasis - organelles must be positioned near regions that require their output. During changes in cell shape and polarity, such as during division and migration, organelle position is coordinately altered. These processes require active transport mechanisms for generating movement, and surveillance mechanisms for ensuring proper positioning.

The microtubule network provides a platform for organizing the cell. Microtubules are dynamic polymers of tubulin proteins that connect distant regions of the cell for transport and signaling. Mechanochemical enzymes, or motor proteins, bind and walk along microtubule tracks, generating force to move organelles, other cargoes, or the network itself. Microtubule dysfunction is implicated in many diseases, including cancer, neuropathies, and viral pathogenesis; underscoring the importance of network function in homeostasis.

We study how cells manipulate the microtubule network in order to control organelle position. Our primary model system is the budding yeast, Saccharomyces cerevisiae, which affords powerful genetics that we combine with quantitative microscopy and protein biochemistry to investigate basic molecular mechanisms that regulate dynamics and transport. Our goal is to build an understanding of how the microtubule network organizes the cell, how these processes might be tuned for different contexts, and how defects in network function contribute to human disease.

How do molecular motors interact with microtubule tracks to generate motion?

We are conducting structure/function analyses of the microtubule track. The carboxy-terminal tail regions (CTTs) of α- and β-tubulins contain an abundance of negatively-charged residues thought to engage in electrostatic interactions on the microtubule surface. These regions are major sites of tubulin posttranslational modification and exhibit high sequence variation amongst tubulin isotypes in humans. One compelling hypothesis is that CTTs differentially affect motor interactions with the microtubule surface, thereby regulating traffic at the level of the track. Consistent with this, we have found that disruption of α- or β-CTTs elicits distinct defects in microtubule function. We are currently characterizing these defects.

How is mitosis coordinated with cell polarity?

During the asymmetric cell divisions that underlie development and differentiation in metazoans, mitosis is coordinated with cell polarity to deliver genomes to regions that will ultimately belong to each progeny. In budding yeast, one end of the mitotic spindle must be delivered to the bud for the daughter cell to receive a genome. We are exploring how the microtubule network generates polarized and timely force to move the spindle and nucleus to the bud. Our current work is focused on the dynein motor, which applies tension to microtubules from anchored sites on the cell cortex. In addition, we are interested in signaling pathways that monitor the arrival of the spindle and nucleus in the bud. Our findings will inform future investigations of asymmetric cell division and migration in metazoan models.

How do cells develop resistance to microtubule poisons?

Drugs that alter microtubule dynamics are commonly used to treat cancer. Our current understanding is that these drugs kill dividing tumor cells by disrupting the formation of the mitotic spindle, eliciting a cell cycle checkpoint response that leads to apoptotic cell death. Despite prevalent use of microtubule poisons in cancer therapy, a major obstacle is the emergence of drug-resistant tumor cells. We are interested in how cells develop resistance to microtubule poisons. We are using yeast genetics and mammalian cell culture models to uncover pathways that permit evasion of drug-induced cell death. Our goal is to identify novel markers or targets that may optimize cancer therapy.