See the RFA for eligibility and application requirements

The UC Denver DRC P&F Program funds diabetes researchers distributed across the basic science, translational, and clinical spectrum who investigate T1D, T2D, and/or diabetes complications and is a key element in recruiting and training promising diabetes research scientists. Applications will be considered from both junior and established investigators.

The P&F program is co-directed by Jane Reusch, MD, and Paul Rozance, MD. 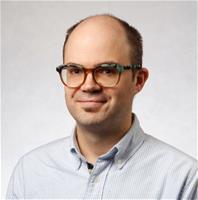 Project Summary: Kidney hypoxia, stemming from a mismatch between increased renal energy demand and impaired substrate metabolism, is emerging as a unifying early pathway in the development of diabetic kidney disease (DKD) and a potential therapeutic target. In our JDRF-funded CROCODILE study we are quantifying kidney O2 consumption by 11C-acetate PET, kidney oxygenation by blood oxygen level dependent MRI, glomerular filtration rate and renal plasma flow by iohexol and p-aminohippurate clearances, morphometric and transcriptomic analyses of kidney tissue from research biopsies, insulin sensitivity by hyperinsulinemic-euglycemic clamp and mitochondrial function by plasma and urine metabolomics in young adults with and without type 1 diabetes (T1D). However, plasma and urine metabolomics are not kidney-specific and identified compounds may not be representative of the intrarenal milieu. Accordingly, metabolic phenotyping of the kidney tissue to interrogate tissue-specific metabolic perturbations of early DKD in T1D would enhance our study design. The DRC P&F Grant would provide support to add spatial metabolomics analyses of kidney tissues by matrix-assisted laser desorption/ ionization mass spectrometry imaging from young adults with (n=20) and without (n=20) T1D. Our central objective is to quantify metabolite data in discrete kidney compartments in order to define the metabolic pathways that may drive early DKD in T1D. 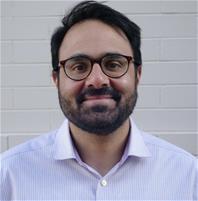 Project Summary: Diabetes mellitus is heterogeneous, making it an ideal disease for precision medicine that individualizes treatment to maximize benefit and minimize harm. One axis of heterogeneity is the distinction between type 1 (T1D) and type 2 diabetes (T2D). Failure to recognize the disease subtype can lead to delays in treatment intensification and eventually to diabetes complications. A second important context for heterogeneity in diabetes care is in response to medications where favorable glycemic response must be balanced against the risk of hypoglycemia, a treatment-related adverse event. Recent advances in the genetics of T1D, T2D, response to metformin and sulfonylureas, and hypoglycemia have set the stage for studies evaluating how genetic information can be applied to clinical care using clinical biobanks with data representative of the real world diabetes patient population. In this study, we will complete two aims: 1) Test whether T1D and T2D genetic risk scores predict diabetes type and time to insulin dependence in two clinical biobanks; and 2) Evaluate metformin-, sulfonylurea-, and hypoglycemia-associated genetic variants as tools to guide oral diabetes medication choice. By exploring the relationships of diabetes-related genetic loci with aspects of patient care, we aim to make a translational research impact on precision diabetes care. Title: Decoding the B cell endotype in early onset T1D

Project Summary: Recent studies indicate the existence of two forms of type 1 diabetes distinguished by the age of onset. Importantly, one of the major defining characteristics between the two forms of disease is the presence of increased numbers of B cells in early onset T1D (<7 years) compared to late onset (>13 years). The increased numbers of B cells is associated with, and can even predict, rapid progression of disease as evidence by increased loss of C-peptide. Despite the compelling evidence for a role of B cells in an aggressive form of T1D, it remains unknown which B cell subset(s) is the pathogenic offender, as well as its phenotype, activation, and functional status. This application seeks to address this deficit in our knowledge by comparing the B cell compartment in early onset to late onset and healthy controls using the most comprehensive B cell panel (>35 markers) used to date and high-dimensional mass cytometry (CyTOF). The significance of this proposal is that it aims to improve human health by developing fundamental knowledge in our understanding of the molecular mechanism of B cell involvement in rapid rate of progression, which may translate into future novel therapeutic targets to treat disease. 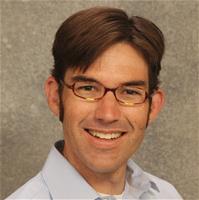 Project Summary: Intrauterine growth restriction (IUGR) is defined as a failure of the developing fetus to reach its genetic growth potential. IUGR is a well-established independent risk factors for the development of Type II diabetes (T2DM) in adulthood. It is increasingly recognized that T2DM is a chronic inflammatory disease. The transcription factor NFκB has been termed the “master regulator the inflammatory response,” and is a well-studied mediator of innate immunity. Multiple studies have implicated NFκB activity as a central mediator of β-cell apoptosis downstream of ER stress. Our lab is new to the study of diabetes, but the rigor of published research, together with our preliminary data, have led us to develop our overarching hypothesis that IUGR β-cell IκB expression favoring IκBβ/NFκB signaling increases sensitivity to ER stress and contributes to an increased risk of developing T2DM.

The primary objective of the UC Denver DRC P&F Program is to fund young investigators. As such, applications from junior faculty will be given priority. Applicants who hold or have held NIH R01 or higher- level research awards in diabetes-related areas as a principal investigator are not eligible except as noted below. However, investigators who hold NIH K or R21 awards, and/or career development or young faculty awards from JDRF, ADA or AHA are encouraged to apply. Applications will only be considered from established investigators if those investigators are new to diabetes research OR if those investigators propose innovative, high-risk projects that would not be competitive through the usual granting agencies. In the latter categories, priority will be given to interdisciplinary projects.

Please remember to acknowledge support from the University of Colorado Diabetes Research Center and our associated cores by referencing NIDDK grant # P30-DK116073 in your presentations and publications.