We are ranked among "Best Pediatrics Programs" in 2022 by U.S. News & World Report.

The strength of our Department rests in part on the broad range of our subspecialty sections.

We have over 900 full-time faculty members and more than 500 volunteer clinical faculty.

We are dedicated to innovation and lifelong learning.

A new book chronicles 88 years of our legacy. 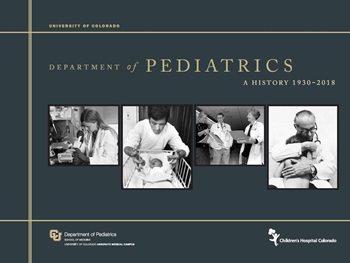 The Department of Pediatrics has produced a 216-page coffee table book on the history of this prestigious department, beginning with its founding in 1930. The book is designed with a pictorial timeline as the centerpiece, giving readers a chronological account of the Department’s achievements and the people who made them happen. The narrative was written in a journalistic, story-telling manner that conveys the heart of this Department’s rich legacy as well as the high points of the nearly nine decades. Together, these components create a retrospective of the Department’s contributions over 88 years in the areas of clinical expertise, training, research, advocacy, and innovation.

Past and current faculty have been generous in sharing highlights and photos, allowing the Department to assemble a strong collection of images, milestones, profiles, and reflections.

It is important to understand the history of an institution as it can be a cause for celebration and create the platform for future accomplishments. This was the impetus to revisit the milestones of the Department of Pediatrics at the University of Colorado School of Medicine in our partnership with Children’s Hospital Colorado.

A digital publication of the book is available online. Hard copies of the book available at no cost. For information regarding obtaining a copy, please contact Bobbi Siegel at Bobbi.Siegel@childrenscolorado.org.

Living and Working in Colorado

With an abundance of sunshine and mountains nearby, the Front Range is the place to be.

Denver is located at the foothills of the Rocky Mountains. One can enjoy a panoramic view of the mountains from our campus, and Rocky Mountain National Park is 90 minutes away.

With the NFL, NBA, MLB, NHL, and MLS, Denver has teams in all of the major professional sports leagues. Plus, there are professional rugby and lacrosse teams.

Red Rocks Park and Amphitheatre is a must-stop for concert lovers. From smaller clubs to medium-sized theaters to large arenas, there are lots of options for live music.

With 32 ski resorts and 40,000 acres of skiable terrain, Colorado is the No. 1 destination for skiing and snowboarding. The skiing season stretches October to May, so get shredding!

Keep updated on our accomplishments and initiatives.

Frederick C. Battaglia, MD, passed away on December 30, 2022. Born in 1932 in Weehawken, New Jersey, Fred was a constant over-achiever. He attended Cornell University and earned his BS in Chemistry in only three years in 1953. Afterwards, he attended the Yale University School of Medicine, where he met the love of his life, Jane Donahue. Together in 1957, they graduated with their MDs, were married and set off to change the world. Fred and Jane traveled to study and conduct research in England, Puerto Rico and Baltimore before finding home in Denver, Colorado in 1965. It was at this time when Fred joined the pediatric faculty at the University of Colorado School of Medicine, where he served as full professor, department chair and professor emeritus.

Dr. Battaglia and his colleagues made huge advancements in research, making a profound impact in the fields of pediatrics, neonatology and obstetrics. He served as a mentor and inspiration to countless medical students, physicians and researchers; many of whom went on to have distinguished careers of their own and acknowledge Fred as being instrumental to their success–the accomplishment of which he was most proud. In addition, he forged strong relationships with colleagues around the world. Dr. Battaglia’s achievements are too many to list, but highlights include:

✦ 2010 Recipient of the Ronald McDonald House Medical Award of Excellence;

✦ 2004 John Howland Award– the highest honor given by the American Pediatric Society;

✦ 2004 Honorary Doctor of Science from the University of Colorado;

✦ 1991 Medical Education Award of the American Academy of Pediatrics;

✦ 1990 Honorary Doctor of Science from the University of Indiana;

✦ 1987 Led the creation of the Pediatric Scientist Development Program, an enduring and widely imitated model for training physician-scientists.

Fred enjoyed everything Italian, fly-fishing, traveling and spending time in the beauty of Snowmass, Breckenridge and Steamboat Springs. However, most of all, he enjoyed spending time with his family. He was preceded in death by his beloved wife of 56 years, Jane, and he is survived by his sister Irene, daughter Susan, son Tom, granddaughter Jessica and his great grandchildren Joseph and Jolee.

A Catholic funeral mass will be held at Saint Ignatius Loyola Catholic Church of Denver on Thursday, January 12, 2023 at 10:00 AM. In addition to the funeral mass, there will be a burial at Mt. Olivet Cemetery in Wheat Ridge, CO, following the service.

In lieu of flowers or gifts, donations to The Frederick C. Battaglia Endowed Chair in Neonatology can be made online at: www.supportchildrenscolorado.org/donate . Please add a note that gifts are being made in memory of Dr. Frederick C. Battaglia. Gifts can also be made by mail by sending a check with a note in the memo line or accompanying letter that they are in memory of Dr. Frederick Battaglia to: Children’s Hospital Colorado Foundation, PO Box 5585, Denver, CO 80217-5585 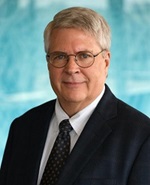