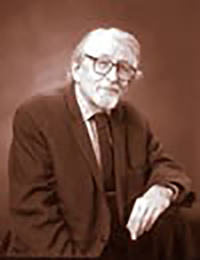 Founded in 1946, The Department of Physical Medicine and Rehabilitation is one of the oldest departments of PM&R in the United States. The first chairman was Dr. Harold Dinken, who was also the first physiatrist in Colorado. He quickly expanded the department and accepted Dr. George Twombly as the first resident in PM&R in 1947. That same year, Dr. Carl Hoffman was recruited as the first Director of PM&R at the Denver VA Hospital. Dr. Dinken went on to establish the Rehabilitation program at General Rose Hospital.

Having joined the faculty at the University of Colorado School of Medicine in 1949, Dr. Jerome W. Gersten became Chairman in 1957. Under Dr. Gersten's leadership, the Department expanded tremendously in clinical service, education, and research. Dr. Gersten was one of the first, true "academic physiatrists".

He conducted basic science research on the use and effects of physical agents; muscle and nerve function; effects of stress on muscle function; cardiopulmonary rehabilitation; electromyography; and the delivery of rehabilitation health services. The Department was a nationally recognized Research and Training Center in cardiac rehabilitation. Dr. Gersten was a visionary expanding the concept of the Rehabilitation Team.