The University of Colorado (CU) Alzheimer's and Cognition Center enjoys strong relationships with community members and community partners who also strive to help people with Alzheimer's disease, dementia, and Down syndrome. 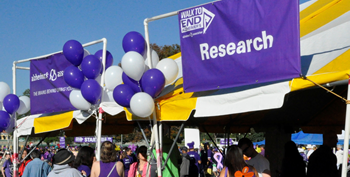 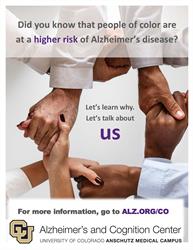 Boot Camp Translation is a community outreach initiative sponsored by the University of Colorado (CU) Alzheimer's and Cognition Center called Boot Camp Translation, or BCT. Fifteen African American women from around metro Denver volunteered to learn more about Alzheimer’s disease and related dementias so they could inspire and encourage their neighbors and friends to become better informed about the disease.

The Global Down Syndrome Foundation is a public non-profit 501(c)(3) dedicated to significantly improving the lives of people with Down syndrome through research, Midecal Care, Education and Advocacy. The Global Down Syndrome Foundation created and organizes the Be Beautiful Be Yourself Fashion Show, which is the single-largest annual fundraiser benefiting people with Down syndrome, and which directly supports the research conducted through the Linda Crnic Institute for Down Syndrome. The CU Alzheimer's and Cognition Center works closely with the Linda Crnic Institute for Down Syndrome because of the

relationship between Down syndrome and Alzheimer's disease. 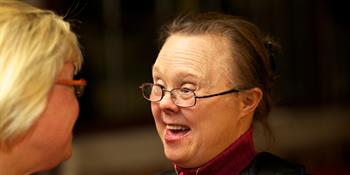