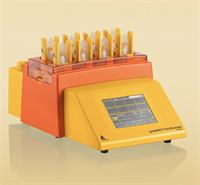 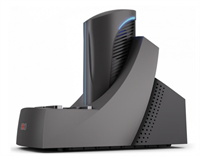 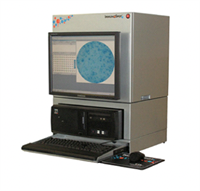 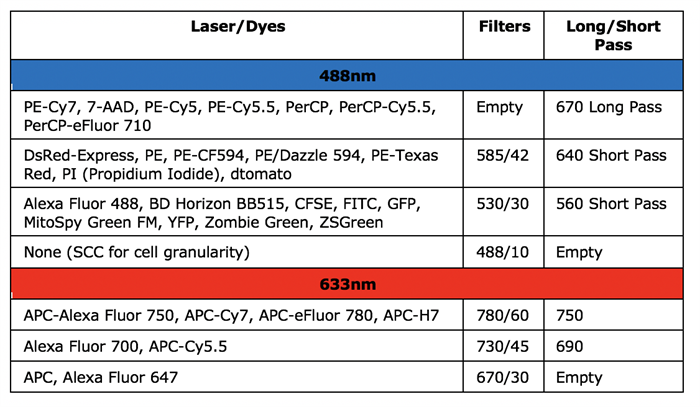 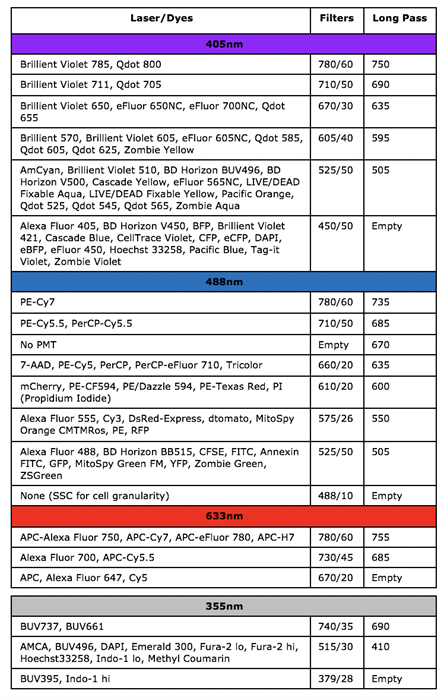 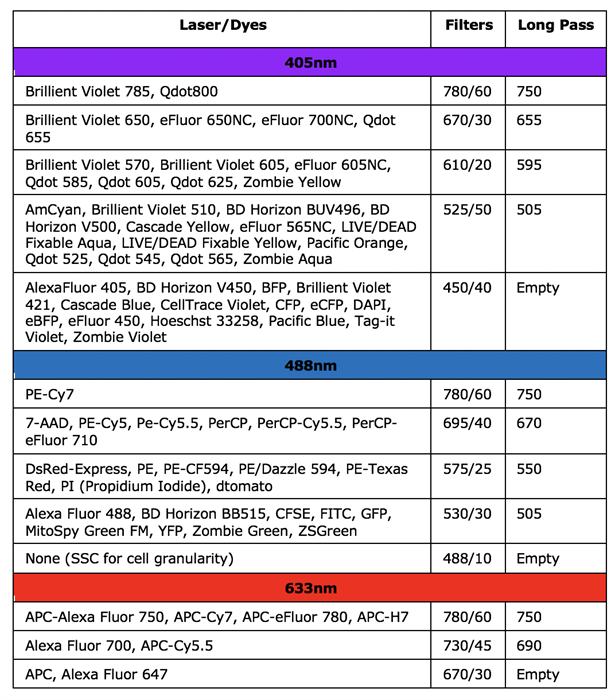 Please see below for our services, equipment and pricing:

*GALIIP (GI & Liver Innate Immune Program): Click HERE​ to check if you are a GALIIP member.

Prices for pilot and large studies are negotiable.

The following is a list of facility usage policies. Click below to download the user agreement form, fill out the information at the bottom of the page and return to facility personnel. Samples cannot be analyzed until this form has been signed and returned and a speed type number is provided. To receive access to the scheduling software, click here to download the request for access to CLINIM/FLOWSHARED.

New users will then need to schedule a time for a training session with the flow laboratory personnel. This training will initially take about 1 hour. To schedule training, please contact Garrett Hedlund at 303-724-7211 (Garrett.Hedlund@ucdenver.edu). After the initial training, new users will need some supervision and assistance which we will provide until the user and facility staff feel confident that the user can operate the instruments on his or her own. Once approved on the machines, researchers will be able to use the flow cytometers 24 hours a day 7 days a week.

User Agreement Form - fill out the information at the bottom of the page and return to facility personnel.

How to Schedule Sort Time:

What is Flow Cytometry?

Flow cytometry is a technology whereby a stream of cells is passed through a laser beam at high speed (thousands of cells/second). As each cell passes through the laser beam, scattered light is detected by the flow cytometer. If the cell contains molecules that fluoresce at the wavelength of the laser light, fluorescence is emitted; this allows rapid and accurate enumeration of the cells with the property associated with fluorescence of a particular wavelength (for example, labeling with a fluorescent antibody). The raw data are used to identify the different cell populations in the specimen and to infer the characteristics of the cells of interest.

How does Flow Cytometry work?

Light scattered in the forward direction is collected by the Forward Scatter channel (FSC) photodiode and provides information on the relative size of the particle (see diagram below). Light measured at a 90° angle to the laser excitation beam is collected by the Side Scatter channel (SSC) photomultiplier tube (PMT) and provides information on the relative granularity of the particle.

Separate fluorescence channels (FL-) detect any fluorescent light associated with the particle. The light is directed via a series of mirrors and filters to PMT´s. Filters determine the wavelength of light to be detected by the PMT, any unfiltered light is reflected by a dichroic filter and is channeled to the next fluorescent channel.

Which machine should I use?

What types of controls will I need for my experiment?

It depends on the type of experiment you are performing. For surface staining of cells, three controls are needed in an experiment. In each instance, the controls must undergo the same treatment (i.e., preparation) as all the tubes in an experiment. An Unstained Control is used to detect "auto-fluorescence" or background staining of the cells of interest. Auto-fluorescence can be a significant problem, particularly in systems that contain monocytes/macrophages, cultured cells, or activated cells. An Isotype Control (i.e., where an antibody is used that has the same immunoglobulin isotype as the test antibody, but a different specificity which is known to be irrelevant to the sample being analyzed) is needed to determine whether fluorescence that is observed is due to non-specific (e.g., due to Fc receptor on cells of interest) binding of the fluorescent antibody. Efforts should be made to use the same concentration of isotype antibody as the antibody of interest.

All events (cells) that display fluorescence above the threshold delineating the above two controls are considered positive for the marker of interest. Another type of control that can be used to determine positivity is termed fluorescence minus one or FMO. This control works like an isotype control without the actual antibody. FMO controls are set up by leaving out one of the antibodies in your staining panel. FMO controls are especially important when doing multiparametric flow cytometry (more than 4 colors). Isotype controls are important for experiments where "sticky" cells are stained (e.g. Monocytes, Dendritic cells, B cells etc.) whereas, FMO controls may be best for "non-sticky" cells (e.g. T cells). The researcher needs to keep in mind that isotype control antibodies are not the exact same antibody and that they may have higher or lower background staining. Lastly, a Positive Control is desirable (if not always available) to prove that the test antibody is functional and to allow proper setting of the flow cytometer. The positive control should include cells known to be positive for the marker of interest.  Yet another type of control is the Fluorescence Control, discussed in the next question.

What is Fluorescence Compensation?

Is it important to have highly viable cells for Flow Cytometry?

Dead cells can non-specifically bind antibody and thus may appear to the flow cytometer as positive events. The flow cytometer can discriminate some dead cells based on their forward and side scatter characteristics, but cells that have recently undergone apoptosis or are not healthy can lead to false positive results.

How can I discriminate dead cells from live cells?

Dead cells can be identified by the use of a vital dye. Also, cell viability can be measured through the use of dye exclusion methods, either prior to flow cytometric analysis by light microscopy such as trypan blue, or during flow cytometric analysis through the use of propidium iodide, 7-amino-actinomycin D (7-AAD), EMA, Hoechst or DAPI dyes. Please speak with the facility to determine which viability dyes will work best for your application.

Staffed: Monday to Friday (9am to 5pm)

24/7 for Trained Users for analyzers

Our primary goal is to provide flow cytometry instrumentation and services to academic (research and clinical) laboratories as well as biotechnology and pharmaceutical companies. Our services includes:

- Access to state of the art flow cytometry instrumentation.

- Full service flow cytometry, including sample preparation staining, data acquisition and analysis (ideal for clinical investigators without lab access/personnel or researchers that don't have the expertise or time to perform flow cytometry).

- Personalized attention and training for each project to ensure optimal success.

To ensure your experiments are not compromised by problems with the instrumentation, quality control (CS&T and rainbow beads) is performed daily to make our certain instruments are performing optimally and service contracts are maintained on all of our flow cytometers for rapid repairs.