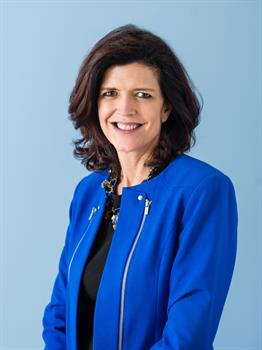 C. Neill Epperson, MD, is the Robert Freedman Endowed Professor and Chair of the Department of Psychiatry in the School of Medicine at the University of Colorado Anschutz Medical Campus. Dr. Epperson is internationally known for her unique lifespan approach to women's reproductive and behavioral health in both the clinical and research realms. Her work related to early life stress and its impact on risk for affective disorders during periods of hormonal change, in addition to projects relating to cognitive decline during menopause, and sex differences among smokers have been funded by the National Cancer Institute, National Institute of Mental Health, the Office of Research on Women's Health, and the National Institute on Drug Abuse. Her body of work has led to a greater appreciation of the impact of childhood adversity on physiologic responses during times of hormonal fluctuation as well as gonadal steroid effects on brain and behavior. Dr. Epperson's research has been funded consistently by the National Institutes of Health for more than two decades. She is a mentor and independent investigator with more than 200 peer-reviewed publications and presentations.

Before being recruited to CU Anschutz, Dr. Epperson served as the founder and director of both the Penn Center for Women's Behavioral Wellness and Penn PROMOTES, Research on Sex and Gender in Health at the Perelman School of Medicine at the University of Pennsylvania in Philadelphia, where she was a tenured Professor of Psychiatry, with a secondary appointment in Obstetrics and Gynecology. Dr. Epperson received her medical degree at The University of North Carolina at Chapel Hill and completed her postdoctoral and research training in psychiatry at Yale University School of Medicine, New Haven, Connecticut, where she rose to the level of associate professor before her recruitment to the University of Pennsylvania.