Your diagnosis was wrong. Could doctor bias have been a factor? 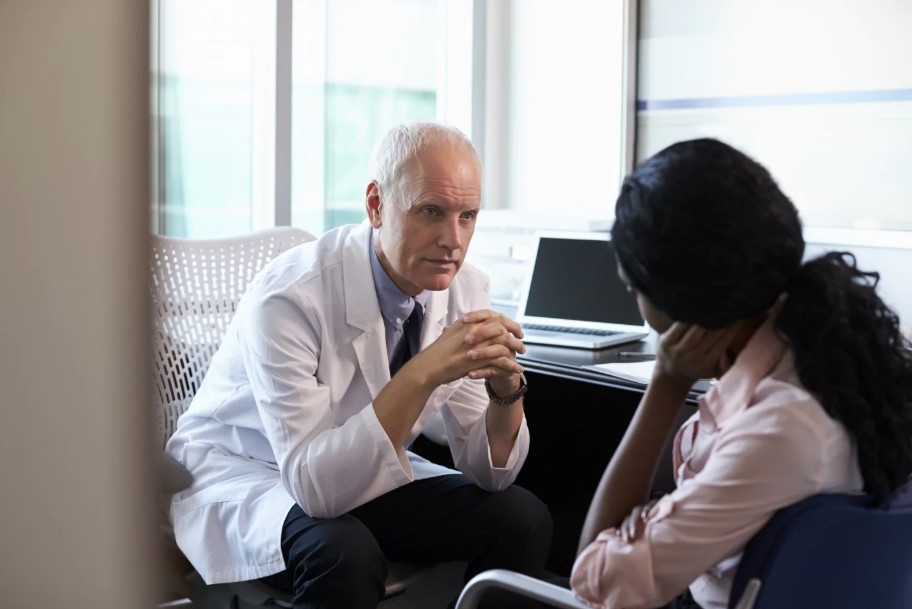 Doctors, like the rest of us, make mistakes. Every year, upward of 12 million Americans see a physician and come away with a wrong diagnosis. The top cause? Bad judgment, says David Newman-Toker, director of the Johns Hopkins Armstrong Institute for Patient Safety and Quality’s Center for Diagnostic Excellence.

Newman-Toker found that judgment errors accounted for 86 percent of 55,377 medical malpractice claims he evaluated where misdiagnosis led to death or disability. The judgment blame bucket includes an assortment of knowledge gaps, inattentions, misinterpretations and what Angie Rosen believes led to the misdiagnosis of her stroke in August: implicit bias.

Implicit bias occurs when a well-intended physician’s unconscious assumptions get in the way of objectively gathering or assessing a patient. Rosen, 37, thinks that her age, gender and possibly her same-sex spouse were behind a doctor’s dismissal of her symptoms in a Philadelphia hospital emergency room.

Rosen experienced a terrible stabbing pain in the back of her head that became a migraine. Her left eye started drooping, her right side was numb, she couldn’t swallow. When she tried to walk to the bathroom, she felt as if she was intoxicated.

An ER doctor examined her, ordered tests and told her to go home. It was unlikely she had a stroke, he responded when she asked. Through a video consult, a neurologist concurred with his assessment.

Rosen insisted, however, she felt too ill to leave the hospital, and she was admitted. Two days later, the doctor said her returned studies did not indicate a stroke and discharged her.

Rosen’s migraine continued to rage, however. Her family took her to the Hospital of the University of Pennsylvania for another opinion. “Do you believe me?” she remembers asking the staff desperately. Within two hours, doctors determined she had suffered a stroke, admitted her and started treatment.

If you are having a stroke, there is about a 9 percent chance you will be misdiagnosed in the ER — a statistic that applies to all age groups when the patient is seen initially in the ER. But if you are young, female, a person of color or have limited education (less than a high school degree), your risk of misdiagnosis soars, Newman-Toker discovered.

Rosen, in the 18-to-45 age group, was seven times more likely than a 75-year-old to be misdiagnosed, his research showed. Simply being a woman raised the risk a doctor would miss her stroke by 30 percent.

Is implicit bias a gateway to health-care disparities? It’s hard to tease out whether some diagnostic errors are caused by racism or sexism, or simply a lack of knowledge about how certain diseases appear differently because of a person’s race, age or gender, says Newman-Toker, also a professor of neurology at the Johns Hopkins University School of Medicine. “Bias thrives in the void of expertise.”

Alyson McGregor, co-founder and director of the Sex and Gender in Emergency Medicine Division at the Warren Alpert Medical School of Brown University, maintains women get the short-shrift in health care.

“It’s the bias of a whole medical system,” McGregor says. “One-sex medicine,” she calls it, when physicians are trained to identify symptoms only as they appear in white men.

Add that to centuries of women’s medical complaints relegated to feminine hysteria. “Anxiety is a wastebasket diagnosis for the unknown,” says McGregor, which can happen when a woman’s symptoms don’t follow specific patterns learned in medical school.

Then, there’s race. African Americans with severe depression are four to nine times more likely to be misdiagnosed with schizophrenia compared to white Americans showing the same cluster of symptoms, says Stephen Strakowski, acting senior associate dean of research and a psychiatry professor at Dell Medical School at the University of Texas at Austin. As a result, they do not get the antidepressant or mood stabilizer they need and may suffer unnecessary side effects from schizophrenia medications.

In Strakowski’s studies, doctors consistently put more emphasis on the psychotic than the depressive or manic symptoms when evaluating black patients. “This almost certainly stems from unconscious bias,” he says, noting that the rate of schizophrenia is the same for all races.

People with mental illness may be affected the most by implicit assumptions overall, says Mark Graber, chief medical officer of the Society to Improve Diagnosis in Medicine. Physicians are focused on the patient’s mental health so they may not notice a heart problem. Or when the patient complains about abdominal pain, the doctors may tie it to depression or anxiety without testing.

So what’s a patient to do?

Doctors get the diagnosis right 9 out of 10 times, Graber says. Our brains are hard-wired to take shortcuts and this usually serves us well.

“It isn’t feasible to explore dozens of explanations for each symptom during an appointment,” says Thomas Yuen, on the faculty of the Family Medicine Residency Program at Crozer-Chester Medical Center in Upland, Pa., who has studied cognitive biases. Patients need to speak up if they think a doctor is missing something, he says.

By doing the legwork of gathering medical records yourself to bring to an appointment, you give the doctor more time to think, not generalize about symptoms, Newman-Toker says.

Keep in mind that attributing a symptom to stress or anxiety can be a default position when a doctor is stumped.

“Ask ‘What is the most worrisome thing this could be and why isn’t it that?’ ” Newman-Toker says. If your doctor can’t support an opinion or is dismissive, it’s a red flag that the diagnosis may be a gut reaction, he says.

Whenever you have doubts, “Ask the doctor if there can be more than one thing going on,” Newman-Toker adds. Obesity may cause back pain, for example, but if a doctor concludes that without looking further, that is unconscious bias.

And while you want to believe all is well, check your own blind spots. Don’t let a physician tell you there is nothing to worry about if a referral seems wiser. “Keep at it,” Graber says. “If you are not reassured, get a second opinion.” Likewise, revisit your doctor if symptoms persist; it could be a wrong diagnosis, not medicine that isn’t working.

Implicit bias in clinical settings is hard to measure and good data is lacking.

“[Bias] may be a bigger problem than we think,” Yuen says. “The final frontier [for physicians] could be our own judgment and emotions.”

A doctor insisted she had a tension headache. Something far more serious was going on.

For years she was told she was ‘just anxious.’ A midair incident led to the truth.