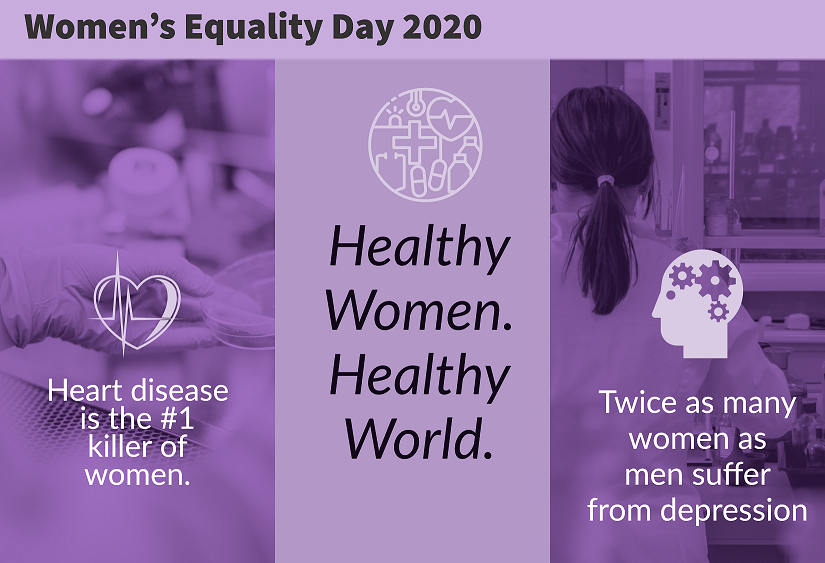 Men and women are different, and in 2001, the Institute of Medicine, now the National Academy of Sciences, published a comprehensive article detailing some of the key biological differences between the sexes and how understanding the differences may impact health and disease. Throughout the history of medicine, until recent times, these differences have been largely understudied or even ignored.

The reasons health research was conducted almost entirely on men prior to this century were detailed in the article Women’s involvement in clinical trials: historical perspective and future implication. Males were considered the standard for medical research and clinical care, women were viewed as more complicated to study because of their fluctuating hormone levels (specifically, the menstrual cycle), there was concern about exposure to experimental risk during childbearing years, and the belief that women would have the same response as men from treatments. Vivian Pinn, MD, the first full-time director of the Office of Research on Women’s Health at the National Institutes of Health, specifically noted that the widespread misconception that assumed that diseases behaved the same in both men and women was detrimental to fully understanding women’s health. This resulted in a knowledge gap in women’s health and sex differences with dire consequences for women around the world.

“When I was with my grandkids, I often had to tell them that granny was running out of steam,” said Sherry Delaney, community advocate for women’s health. “At the time, we didn’t fully understand why I was so tired. I also had unexplained shortness of breath at times.” Sherry arranged for a visit to her doctor specifically to talk about exhaustion, and was diagnosed with sleep apnea. Her doctors hoped that by caring for her sleep apnea, the fatigue would subside. Unfortunately, the exhaustion persisted.

“My mom died young from heart failure, so heart issues were top of mind for me,” said Sherry. Because she did not have any traditional risk factors such as high cholesterol or diabetes, her physicians did not initially test her heart. Since heart problems often present differently in women, it often takes longer to diagnose women with heart disease and physicians may look for other health issues first. There are also gendered issues with the pervasive view that women do not often get heart disease. “I went to a lecture at the Center for Women’s Health Research where they talked about heart health,” said Sherry. “I asked the speaker about some of my symptoms and he encouraged me to have my physicians test my heart.”

After receiving this information, Sherry had specific questions for her doctor about heart health since she learned from the lecture that heart disease was the number one killer of women. Because of the lecture, she was able to ask the right questions and advocate for heart tests with her physician. Following a series of tests, her doctors found a heart arrythmia that helped explain her exhaustion. “I felt like I was being heard. My exhaustion and shortness of breath were terrifying and having an answer was a blessing.” This answer also allowed her to take control of her health. “I was prescribed some medications and I took ownership of my health by watching my diet and staying active,” said Sherry. “So often women are taking care of their families and homes that they forget to take care of themselves. I started taking control of my health and it has been incredibly rewarding.”

In 1994, the National Institutes of Health (NIH) put forth a policy in the Inclusion of Women and Minorities as Subjects in Clinical Research. This policy mandates that all NIH-funded research must address plans for the inclusion of women and minorities in the research grant application. In the following years, women’s health and sex differences slowly emerged as topics of discussion, one that continues today. “The scientific community started to realize that the reasons for excluding women from research were not only inaccurate, but they were harming the health of women,” said Judy Regensteiner, PhD, co-founder and director of the Center for Women’s Health Research. “We still have a lot of work to do, but there are encouraging signs that women’s health and sex differences are now being taken seriously by researchers.”

A recent article in Women’s Health Issues found an increase in female participation in phase one clinical trials. This critical phase of a clinical trial aims to prove the safety of a new therapy or drug. By including women, researchers can identify how safe a drug is for women and men. This study found that 34.1% of phase one clinical trials excluded women. While this number is lower than in previous decades, it demonstrates the importance of ongoing work in sex differences research.

In addition to simply including women in clinical trials, researchers must also report the data disaggregated by sex. In a study published in The Lancet, researchers found that between 1980 and 2016, reporting of disaggregated data by sex increased from 59% to 64% — an improvement due to the increased focus on sex disparities.

Still there are issues. The New York Times recently reported a host of additional issues surrounding women’s health and sex differences. Women’s physical symptoms are more often attributed to psychiatric causes than men’s. Immediately relevant is that men often have worse physical manifestations of COVID than women. They also report that women suffering from abdominal pain go without pain medication an average of 16 minutes longer than men, and women are more likely to be erroneously sent home when suffering from a stroke. Dr. Regensteiner said, “Some of the issues we see with sex differences result from a lack of knowledge within healthcare as well as with the public. One of the primary goals at the Center for Women’s Health Research is to educate medical professionals as well as people in the community — keeping people up-to-date on the latest evidence-based health information is critical.”

Sex differences research has significantly progressed in the past three decades, but more work is necessary to continue closing the knowledge gap and give healthcare providers the information they need to make accurate health decisions with their female and male patients. The CWHR is empowering women to ask questions and advocate for their own health, by arming them with the knowledge and data about how various health issues impact women specifically. Sex differences research helps all people by determining the differences and the optimal treatments for women and their families.

“It is encouraging to see so much progress happening in the field of women’s health and sex differences research. When I first started my career, this wasn’t on the radar for most health professionals. Today, I am hopeful that we will continue to improve the lives of women and their families with a continued focus on sex and gender research,” said Dr. Regensteiner.

Sherry hopes that continued outreach into the community will help women take care of their health. “We are responsible for our own health and we need to make time to take care of ourselves.”