Why Sex Matters at the Pharmacy 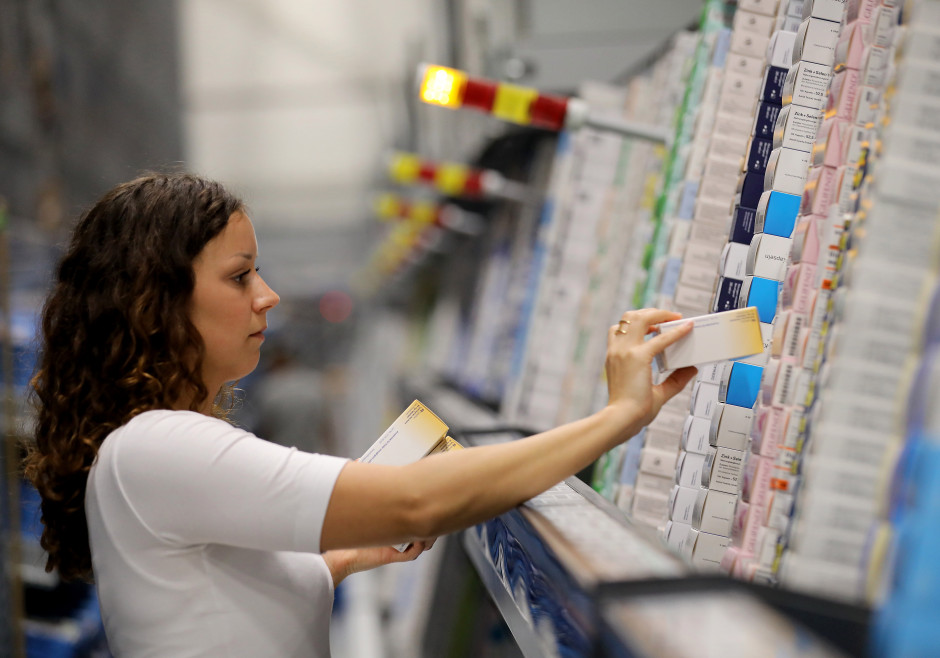 WHY YOU SHOULD CARE

The medical world received a wake-up call in 2014 when the U.S. Food and Drug Administration recommended that dosages of the popular sleeping pill zolpidem, aka Ambien, be halved for female patients.

Women taking the sleep aid were waking up confused and drowsy, putting them at higher risk of accidents. Subsequent research found that women’s bodies took longer to digest the drug, meaning they woke up still under its influence.

While it seems obvious that drug doses for men and women might be different, Ambien is currently the only drug on the market for which the FDA has different suggested doses based on sex. Only in the past decade has there been an emphasis on the differences between the genders when it comes to adverse drug reactions, or ADRs. In fact, a recent study published in the British Journal of Clinical Pharmacology found that:

WOMEN ARE NEARLY TWICE AS LIKELY TO REPORT AN ADVERSE REACTION TO THEIR MEDICATIONS COMPARED WITH MEN.


The study found that women face a higher risk of adverse drug reactions — 1.5 to 1.7 times more likely than male counterparts — even when taking into account sex differences in medication use. Sex bias in medical research has gotten more attention in recent years. This particular study analyzed 2,483 drug–adverse reaction combinations reported to the Netherlands’ National Pharmacovigilance Centre, and found that about 15 percent of them were significantly different for women and men, and in about 88 percent of those cases women had more severe reactions.

Even today, while FDA guidance documents require analyses of demographic data for applications in an effort to combat bias, “there is no statutory requirement to include demographic subgroups as participants in clinical trials,” according to an FDA spokesperson.

Research on both sexes can be key to avoiding disaster. For example, classic well-known symptoms of a heart attack — tight pain in the chest, shooting pains down the arm, dizziness — are overwhelmingly experienced by men. For women, heart attacks are more likely to announce themselves with shortness of breath, fatigue, nausea and pain in the jaw or back. But because patterns of obstruction in women’s coronary arteries were not in the research literature, women weren’t trained to recognize their unique symptoms and seek help.

Not all symptoms, or drug reactions, are life-threatening. But the research into women’s ADRs isn’t only about saving lives. More study of such drug reactions could reduce bothersome symptoms too, those that might cause patients to stop taking their medications or potentially increase health care costs.

“What they’re saying is, ‘Hey, researchers, we found the following drugs have different reports from men and women, you should go check that out because some of these could be a problem,’” says Sergey Feldman, a computer scientist who’s published work on quantifying gender bias in clinical studies.

It’s not all an exact science. Women are also more likely to report symptoms than men are, and while sex-specific reactions (like gynecological issues) were excluded from the Dutch study, women are likewise more likely to recognize certain things, like hair loss, as a side effect of medication. “Some adverse outcomes are reported not because they actually occur more in men or women, but because people are socialized to report them differently,” Feldman says.

More research into specific sex differences in ADRs will be needed to tailor drug treatment and management in clinical practice. This study may have identified and clarified the problem, but it’s just the beginning, rather than an end. Still, studies sometimes have trouble recruiting people from more marginalized groups to participate. “Barriers to participating in clinical trials, including geographic considerations, time commitments and other access issues, can be challenging,” the FDA told OZY.

To combat that, the FDA has created a policy encouraging inclusiveness in clinical trials. In 2017, it launched the Diverse Women in Clinical Trials Initiative, and continues to develop relevant collaborations to support the inclusion of women.

An individual’s sex matters when it comes to the pharmacy and the distribution of drugs. Now that the public is catching on, it’s time for governments and private companies to do the same.