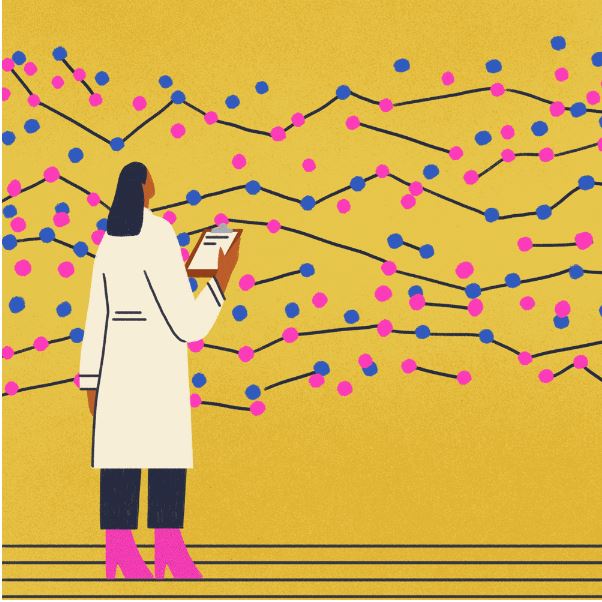 Data from other countries shows that more men are dying from the virus than women — a discrepancy that should inform the response and vaccine research in the U.S. But it isn’t.

“Researchers have found sex differences in every tissue and organ system in the human body.”

As the novel coronavirus sweeps the world, sickening hundreds of thousands of people and killing at least 50,000 individuals to date, scientists have learned more and more about it. We know that older adults — aged 60 and above — are at greater risk of dying from it. And, based on data from China, Italy and South Korea, we also know that men seem to have higher fatality rates.

But in the U.S., where ramped-up testing is churning out reams of data by the minute, there’s one thing we’re not monitoring: the sex breakdown. How many women are infected versus men? Are men and women equally likely to get infected? What is the fatality rate for each sex? Are symptoms exactly alike for men and women?

The latest update on cases and deaths in the U.S. from the Centers for Disease Control and Prevention contained no mention of male and female patients. When asked why, a spokesperson for the C.D.C. said the agency simply does “not have that information to share at this time” and “additional investigation is needed.” Even The Times’s case tracker, which was made public last week and provides county-level data, has no sex breakdown because that information isn’t consistently available across states and counties.


“We can confidently say from the data from many countries that being male is a risk factor,” said Sabra Klein, a scientist at Johns Hopkins Bloomberg School of Public Health who studies sex difference in viral infections. “That, in and of itself should be evidence for why every country should be disaggregating their data. But the United States isn’t doing it.”

This kind of information — or lack thereof — matters because men and women are likely to have fundamentally different reactions to the virus, vaccines and treatment, health experts say. Indeed, research has shown that the SARS, influenza, Ebola and HIV viruses all affect men and women differently.


“Researchers have found sex differences in every tissue and organ system in the human body,” including the immune system, writes Caroline Criado Perez in her award-winning book “Invisible Women.”

A recent research paper from Huazhong University of Science and Technology in Wuhan, China, backs that up: Scientists studied the plasma of 331 confirmed coronavirus patients and found that in the most severe cases, women had a higher level of antibodies than men. Though the paper hasn’t been peer-reviewed, it provides yet another reason to capture sex data.

Despite this, the coronavirus vaccine trials underway in the U.S. aren’t really considering sex yet, said Dr. Klein.


The National Institute of Allergy and Infectious Disease — a part of the National Institutes of Health — is already running phase one trials of a potential vaccine on 45 healthy adults. The purpose of phase one trials is to “learn about safety and identify side effects,” according to the agency’s website. It is also at this stage that researchers determine the correct dosage for a vaccine.

But the trials of this vaccine will only explore age and sex “as part of subgroup analysis” because “a larger number of participants would be needed to conduct a meaningful analysis of sex and age differences,” the agency said in a statement.

This approach can be dangerous. Between 1998 and 2000, women represented just 22 percent of initial small-scale safety trials for new drug applications submitted to the F.D.A., according to the U.S. Government Accountability Office. The same agency also found that 8 of the 10 F.D.A.-approved drugs that were withdrawn from the market between 1997 and 2001 “posed greater health risks for women than men,” including causing valvular heart disease and liver failure.


On the other hand, Johnson & Johnson, which is pushing to get clinical trials of a vaccine started by September, said it would analyze data by sex and age from phase one onward.

Sex data blind spots can be traced back to the fact that, historically, science didn’t study the female body.

“It’s been assumed that there wasn’t anything fundamentally different between male and female bodies other than size and reproductive function,” writes Perez, so anything that deviates from the “default’ — a white, male archetype — is considered an anomaly. Moreover, researchers often argue that the female body is “too complex” to be studied, with its “fluctuating, ‘atypical’ hormones.”


As a result, for years women have been underrepresented in medical research, clinical trials for drugs and vaccines, and biology textbooks. Even in 2015, in one of the tests of the so-called “female Viagra” — a product clearly designed for women — scientists tried out the drug on 23 men and two women, writes Perez.

In 1990, the National Institutes of Health established the Office of Research on Women’s Health. And in 1993, U.S. lawmakers required the N.I.H. to include more women and minorities in clinical research and trials.

But the N.I.H. has been slow to enforce those rules. A 2015 report by the Government Accountability Office found that though more women than men were enrolled in trials overall from 2005 to 2014, it was unclear whether women were sufficiently represented in all research areas, leaving open the possibility that they may still have been underrepresented in some studies.

And in 2016, the O.R.W.H. noted that preclinical trials on animals still “rely heavily on male animals and/or omit reporting of the sex,” and added that all researchers applying for funding from 2017 onward must provide a “strong justification” for studying just one sex.

But these regulations only apply to federally funded research, which in 2015 accounted for 22 percent of total spending on medical and health research, according to a think tank that advocates increased funding for R&D.

“These notions that ‘I’ve never done this for any other clinical trial. Why am I going to do this today?’ — these things get ingrained,” said Dr. Klein, and so any shift in procedure and culture “is perceived as an added complication.”

Obscuring any sex differences in studies and test results can have vast ramifications. “The moment we started to sex-disaggregate data during the 2009 H1N1 pandemic, we picked up pretty quickly that pregnant women were an at-risk population,” said Dr. Klein, and so “they were some of the first people to be offered the pandemic flu vaccine.” Today, we don’t know very much about the impact of Covid-19 on pregnant women.


“It’s not a lot upfront to get that information, but the systems are often not set up to actually collect the information,” said Dyan Mazurana, a research professor who studies humanitarian crises at Tufts University and an author of a recent report about sex-disaggregated data. “And then what you need is people who can analyze and interpret that data.”

Having this data also comes down to those in charge, said Dr. Klein.

The White House’s initial 12-person Coronavirus Task Force was entirely male. Then in February, two women were added to the mix: Dr. Deborah Birx, who coordinates the government’s response to the pandemic, and Seema Verma, the administrator of the Centers for Medicare & Medicaid Services.

At one White House briefing, Dr. Birx noted the gaping gender disparity in deaths in Italy, but that data still isn’t available for the U.S.

“Everybody is doing the best they can in these times, but if it is not on somebody’s radar who has the power to get the data out there, you’re just not going to see it,” said Dr. Klein.