Retroperitoneal Lymph Node Dissection (RPLND) is removal of the lymph nodes that exist in the back of the abdomen. Testicular cancer can commonly spread to this part of the body.

Some patients have either no signs of tumor spread or signs of limited spread to these lymph nodes. However, there may be features of the pathology from the orchiectomy or imaging that indicate a high risk of having tumor spread. In these patients, we may offer surgical removal of these lymph nodes to determine if they are involved by tumor.

If there is no spread of tumor to these lymph nodes, then you may not need to follow up with your physician as frequently. (However, regular follow-up is still very important and necessary.) Also, you should not need as many CT scans. If there is a small amount of tumor spread, you may be able to avoid chemotherapy or reduce the amount of chemotherapy that you need to cure the cancer.

This surgery can be done with a traditional 10-inch incision on the abdomen that allows us to have open exposure to perform surgery.  This approach has the longest track record of success.  We also offer a minimally-invasive approach (robotic RPLND) utilizing a robotic surgical system where the same procedure is performed via a series of small (1/2-inch) incisions.  This allows us to use a camera and smaller instruments to do the same procedure inside the abdomen. This is a newer approach but accomplishes the same goals.  The early results indicate that, in certain patients, a robotic RPLND can be as safe and effective as a traditional RPLND.

What are lymph nodes?

Lymph nodes exist all over body and are part of the immune system. Infections and cancers can spread to these areas. Lymph nodes can be safely removed with little long-term impact on overall health.

Every individual has a different number of lymph nodes that are removed during the surgery. Surgeons set anatomic boundaries and remove all the lymph-node tissue within those boundaries.

What are the possible complications of Retroperitoneal Lymph-Node Dissection? 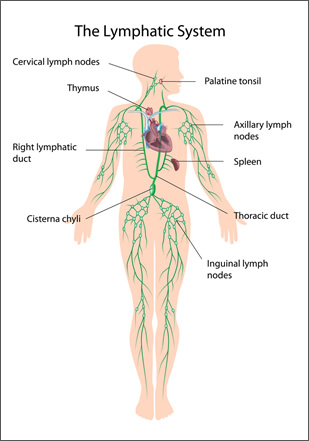 What happens if I have tumors in my abdomen and do not have surgery?

If left untreated by either surgery or chemotherapy, these tumors can enlarge, spread to other parts of the body, and cause pain or injury to nearby organs.

What can I expect after my surgery?

After surgery, patients will wake up with a catheter in their bladder. Occasionally a small drain is left inside the abdomen to drain excess fluid that may collect there. Patients will have their pain controlled with both intravenous and oral pain medications. Depending on the approach, there will either be an incision in the middle of the abdomen that is about 10 inches long or a series of 5-6 small (1/2-inch) incisions on the abdomen.

The day following surgery, we usually allow patients to drink and eat some small meals. Patients are allowed to walk in the hall of the hospital and are expected to sit up in a chair for several hours during the day. The catheter draining the bladder is usually removed on the second day after the surgery.

It is not uncommon for patients to have poor appetite and energy level for several weeks. The important thing is to remain hydrated by drinking plenty of fluids. It may be recommended to follow a low-fat diet in the first few weeks after surgery to prevent leakage of fatty fluid (chylous ascites). Sleep patterns, eating habits, and bowel function will return to normal over a period of several weeks. We encourage patients not to lift any object heavier than 20 pounds for a month after the surgery. We would expect a return to pre-surgery levels by six weeks after surgery.

You will be provided with our clinic phone number should any problems arise. We will contact you once we know the pathologic results from the surgery if those are not back by the time you are discharged from the hospital.

We usually have a planned clinic visit four to six weeks after the surgery. At that time, we can review the findings from surgery and recheck your blood tests. This will allow us to come up with a personalized plan for your care going forward.