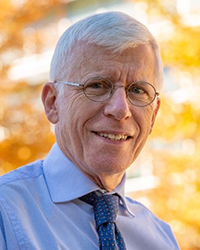 Dr. Samet’s research has focused on the health risks of inhaled pollutants. He has investigated the occurrence and causes of cancer and respiratory diseases, emphasizing the risks of active and passive smoking. For decades, he has worked on global health, focusing on tobacco control, air pollution, and chronic disease prevention. He has served on and chaired numerous committees of the National Academies of Science, as well as the Clean Air Scientific Advisory Committee of the U.S. EPA and the FDA’s Tobacco Products Scientific Advisory Committee. Dr. Samet was editor and author for Reports of the Surgeon General on smoking and health since 1984, receiving the Surgeon General’s Medallion for his contributions. He was the Senior Scientific Editor for the 50th Anniversary 2014 report.