Who was Gene Farley?

He was a progressive activist known for ‘fighting for the right causes.’ Gene and Linda Farley pursued every opportunity to build community in the world and to correct injustices around them.” 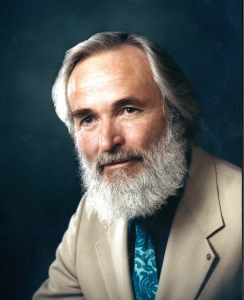 Eugene Shedden Farley, Jr, MD, MPH, was one of a small number of intellectual leaders in the first generation of American family physicians. He was born and raised in Pennsylvania, served in the U.S. Navy, and attended Swarthmore College. He trained in general practice in Denver and, after two years’ exposure to population health on the Navajo Tribal Reservation in Arizona; he and his wife, Linda, also a family physician, opened a practice attached to their home in small-town Trumansburg, NY, where they thrived for seven years and began raising their four sons. The Farleys entered rural practice in hopes of being able to serve the population and develop a longitudinal study of the “evolution of health and disease in the population served.” Before starting the third accredited family medicine residency program in the country in Rochester, NY, Gene enrolled at Johns Hopkins School of Hygiene and Public Health and earned his MPH, specializing in learning how others dealt with inadequate supplies and uneven physician distribution. In Rochester, he, Linda and others pioneered novel ways to train family physicians in the community; and in 1978, Gene brought his vision to the University of Colorado as chairman of its fledgling family medicine department, and subsequently to the Wisconsin School of Medicine.

Gene and Linda dedicated their lives to making this a more just and desirable world. They served the conscience of this country through practice and leadership in many social action causes, protesting when necessary, and opening their home to meetings and retreats. They served the rights of all in this country through their tireless advocacy for universal health care coverage. They also respected the diversity of nature while caring for the environment through their lifestyle. They built their home on farm and wooded lands outside Verona, Wisconsin, which the Farleys made accessible to those with little resources to purchase land. They also promoted the importance of locally grown agriculture, creating a legacy of sustainability. Upon Linda’s passing in 2009, this legacy was formalized in the creation of the Linda and Gene Farley Center for Peace, Justice, and Sustainability.

Gene made no distinction between primary care and public health, individual and community, the mental and the physical, or personal doctoring and community engagement. Gene’s mantra was: Health care is a right, not a privilege. Hence, family medicine was only a part of Gene’s scope and reach. He was a progressive activist known for “fighting for the right causes.” Gene and Linda pursued every opportunity to build community in the world and to correct injustices around them. Because the reach and scope of Gene Farley’s career and life inspires and aligns with the University of Colorado Department of Family Medicine’s commitment to advancing evidence-based health policies; with Gene’s family’s consent, a new policy initiative was established in his honor. The Farley Health Policy Center continues Gene’s life’s work and ongoing commitment to change by advancing evidence-based policies to achieve healthier communities, more equitable health outcomes, and social justice.