How the Conference Started 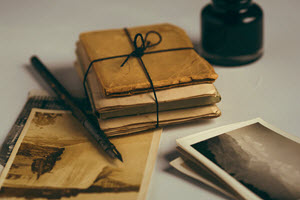 In 1957, Theodore Gleichman, in private practice in Denver, approached Roger S. Mitchell, Chief of the Pulmonary Disease Division and Director of the Webb-Waring Lung Institute with a proposal. His idea was to establish a conference for the exchange of new ideas and presentation of new research on emphysema and related topics. At that time, emphysema was a poorly understood disease.

Together with Giles F. Filley and John R.(Jack) Durrance the Aspen Emphysema Conference was planned. Funds for the first conference in 1958, as well as the next ten, were readily obtainable from grants from the National Institutes of Health. The proceedings of the 1958 Conference were published as a special supplement to the American Review of Respiratory Diseases. The conference was off to a good start.

In 1965, Tom Petty organized the Conference on therapy for chronic obstructive pulmonary disease (COPD). This became a landmark conference because it dealt, for the first time, with systematic care for "respiratory cripples".

The Aspen Conference is made unique by its multidisciplinary format and international scope. It is an idea forum for both the established scientists and in particular the young investigator, allowing them to present their work in the atmosphere of a symposium in front of experts in the field.

The importance of gathering and disseminating knowledge dealing with lung disease is accentuated when we realize that the awareness of lung problems today is at the same stage hypertension was 20 years ago. The need for rapid growth is further evident in the fact that at least 30 million people suffer from emphysema, asthma, and chronic bronchitis in the United States alone. As many as 10 million are undiagnosed. Furthermore, "respiratory cripples" - those people restricted in their ability to earn a living - are growing in number. Knowledge is the key in the battle to prevent and manage lung disease.

As many as 100,000 copies of the proceedings are distributed annually throughout the world. The Conference continues to be a tremendous source of knowledge, providing increasing insight into basic mechanisms, diagnosis and management of pulmonary disease.

In the past, Dr. Petty raised the funds to support the conferences from many different sources including industry, foundations, lung associations, personal friends, and patients. Beginning in 1985, Dr. Marvin Schwarz, Head of the Division of Pulmonary Sciences and Critical Care Medicine took over the administrative management of the conference. In February 2002, the Thomas L. Petty Aspen Lung Conference became a not-for-profit corporation. They continue each year to seek the support of industry to further the traditions and scientific excellence of the Thomas L. Petty Aspen Lung Conference.

Your tax deductible contribution will advance knowledge and help lung care patients to receive the type of diagnosis and management now available to patients suffering from hypertension, diabetes, heart trouble and other diseases.

Please send your contribution made payable to:

Over the years, the conference has more than maintained its excellence and has stimulated collaboration among scientists and clinicians. ​his book is an effort to capture the essence of Aspen Lung Conference proceedings in one volume. Accordingly, all previously published summaries have been included for the convenience of the reader. Additional selected comments and presentations are included. Although this book's major goal is to report some of the fantastic scientific advances presented at the Aspen Lung Conference, it will never be able to capture all of the spirit and camaraderie that has permeated each and every meeting in the invigorating, high altitude atmosphere of the Rocky Mountains. 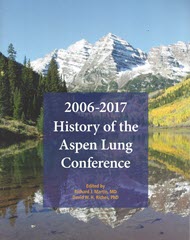 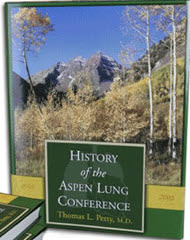