The Trauma Research Center has been a part of the Department of Surgery, School of Medicine, UCD for >20 years. Its mission is to decrease morbidity and mortality in the injured through a multidisciplinary approach to trauma-induced coagulopathy and inflammation, known as thromboinflammation. This task will be completed through a comprehensive approach which includes the collection of proteomic and metabolomics data from the injured with both Epidemiologic and BioInformatic analyses of these patients in concert with animal modeling of the injury phenotypes.

The Trauma Research Center has received extramural funding since its inception, mainly from the National Institute of General Medical Sciences, NIH, Bethesda, MD, in the form of program project grants. Other important funded research programs include the Control of Major Bleeding after Trauma (COMBAT W81XWH-12-2-2008), which was funded by the Department of Defense; a research grant from the Foundation for Women and Girls with Bleeding Disorders (FWGBD); and a series of grants through the Trans-agency Research Consortium for Trauma Induced Coagulopathy (TACTIC UM1-HL120877) from the National Heart, Lung and Blood Institute, NIH. The current major funding source is an RM-1 grant 1RM1GM131968-01 that runs through May of 2024.

The Department of Surgery, School of Medicine, UCD has had the good fortune to have maintained a T32 NIH training grant (T32 GM008315) from NIGMS, NIH for >20 years. This grant has been used to fund both Research Residents and Post-Doctoral Fellows in basic science, translational and clinical research.  Over 45 residents have been trained resulting in >400 publications and >400 presentations at National, International and Regional meetings.  In addition, research residents may also have the opportunity to enter the University of Colorado Graduate School to further their education and earn an advanced degree. Dr. Vigneshwar is currently attending the Graduate School to earn an MPH. 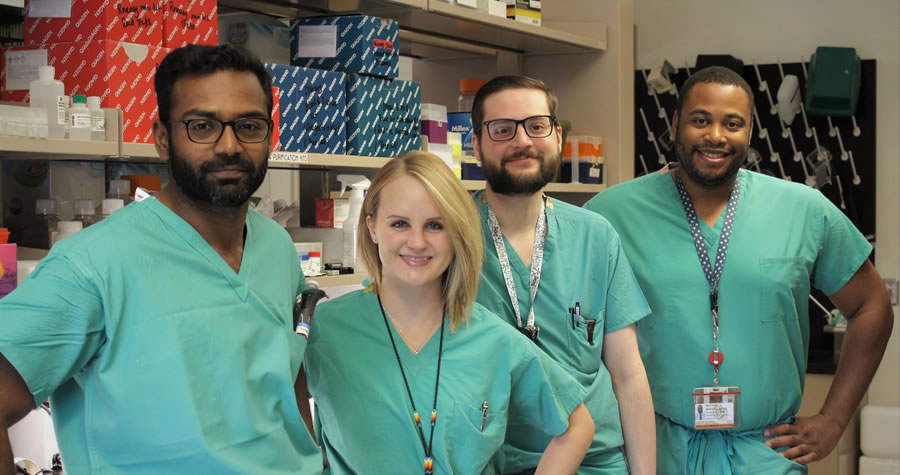 Please contact Patrick Hom at 303-724-6308 or Patrick.Hom@ucdenver.edu for further information or assistance.