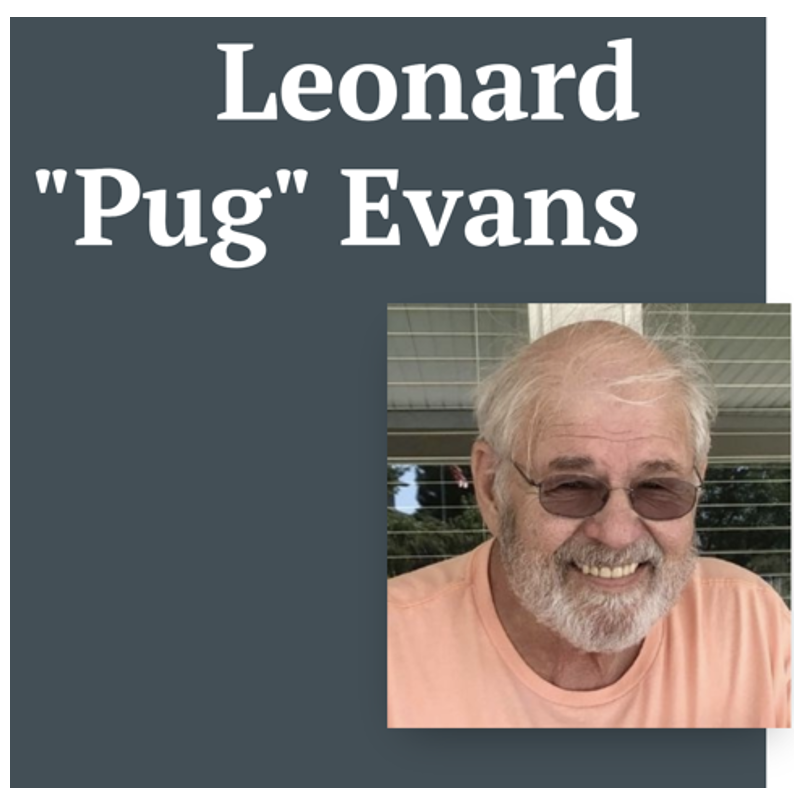 a prominent figure in retrovirology,

The 2022 Retrovirology Prize for

was named in honor of Pug's memory

Dr. Leonard H. Evans, or Pug as all his friends and colleagues called him with the highest respect and dearness, was 77 and was still active as Chief of the Retroviral Molecular Biology Section at the Laboratory of Persistent Viral Diseases (LPVD) in NIH's Rocky Mountain Laboratories (RML) located in Hamilton, MT when he unexpectedly passed away in the early morning of June 24, 2021.

Pug was born on November 7th, 1943, in Walla Walla, WA, and had always been proud of his home state. He often talked about adventurous outdoor activities in the Washington-Oregon border and the sweet smell of grapes that filled the air when he drove through his relative’s vineyards. He earned his Ph.D. degree from Oregon Health Sciences University by studying murine leukemia viruses under the supervision of Dr. David Kabat, and continued his work on retroviruses as a postdoctoral fellow under Drs. Peter Duesberg at the University of California at Berkeley and collaborated with Dr. Edward Scolnick at NCI on structures of retroviral RNA genomes. In 1980 Bruce Chesebro visited Berkeley to recruit him as a laboratory member. When Bruce asked where he could find "Dr. Leonard Evans," nobody understood whom he was looking for. Finally, one researcher said "Oh, you are looking for Pug!" and Bruce could meet “Dr. Evans” for the first time.

One of Pug’s early findings was the discovery of the glycosylated gag (glycogag) protein of ecotropic viruses that initiated via an alternative start site. This finding led to his discovery that glycogag functioned to counteract the unique anti-viral effects of host-encoded Apobec3 in vitro and in vivo. His early studies on the molecular mechanisms of genetic recombination between endogenous and exogenous ecotropic viruses combined with his comprehensive examination of the types of endogenous viruses in the mouse genome led to the discovery that infections with exogenous viruses could not only result in recombinations with endogenous viruses, but could also mobilize high levels of endogenous viral particles through pseudotyping. At the time of Pug’s passing, he was actively working on a therapeutic for SARS-CoV-2. Pug’s science was always careful, thorough and extremely well-written in a logical flow. His writing contrasted sharply with his informal speaking, which tended to bolt from one thought to the next without transitions. Combined with his soft and low manner of speech, his listeners were often left straining not just to hear, but to keep up with the runaway thoughts of this brilliant character. Pug was a mentor to many and much loved by all who worked with him.

When Pug's first wife, Pat, developed chronic kidney disease, Pug hand-built a dialysis machine so that he could dialyze her at home while she slept. Pug and Pat loved to socialize and invited every young scientist who joined LPVD to their home and served wonderful home-cooked dinners. After Pug lost Pat to heart failure in 1991, he devoted his full effort to his beloved, beautiful daughter, Julia Ann. In 1996, he married his second love, Jan, and they traveled all over the world. They especially loved France and Italy. Pug was a gentle, fun-loving giant who had a heart of gold and unmatched generosity. He loved fine food and wine, and was an excellent chef in his own right. His genuine, heart-warming smile attracted all people around him and he is greatly missed.

Pug and some of his LPVD colleagues attending the RETROPATH 2016 workshop in New Orleans.