Blog posts, features, & stories of how we're trying to make a difference in health care.

Immigration as a Social Determinant of Health 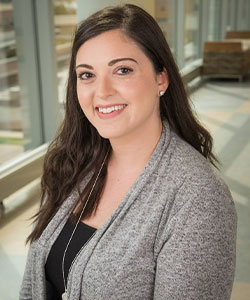 Lina Brou is a research instructor and quantitative researcher in the Department of Family Medicine. She holds an MPH in epidemiology from Emory University and is currently a PhD student in the Colorado School of Public Health. Her research interests include health policy, social determinants of health, integrated behavioral health and health equity. She is also the daughter of refugee immigrants to the U.S. so immigrant health is particularly of interest to her.

Since 1965, the foreign-born population has grown from 9.6 million (5% of the population) to 45 million (14%) in 2015. Today, one-quarter of the US population consists of immigrants or the children of immigrants. Immigration in the U.S. has been a widely discussed issue recently with political, economic and social implications. Though the topic is inherently political, it impacts a large portion of the U.S. population across multiple sectors, particularly health. Despite immigrants being on average healthier than native-born Americans, systematic marginalization and discrimination often lead to health disparities.1If immigration were researched with a social determinants of health approach, policy could be leveraged to mitigate these health disparities at a structural level.

In recent decades, substantial attention in public health has been given to “social determinants of health” as a now widely accepted foundational concept. Social determinants of health (SDOH) are defined as “the conditions or circumstances in which people are born, grow, live, work and age” by the World Health Organization. SDOH are recognized as fundamental to health, as demonstrated by research showing social and environmental factors and individual behaviors comprise 60% of the risk of premature death.2The effect of SDOH can be distinctly seen in immigration to the U.S. The process of immigration and assimilation of immigrants into American society intersect with many social and economic factors that determine health, including health care access, education, and economic stability. However, experts have shown that these deeply related areas -SDOH and immigration- are often researched disparately. Immigration is usually not seen as a health determinant itself. However, being an immigrant restricts behavioral choices and often directly effects and significantly modifies the effects of other SDOH, such as race/ethnicity, gender or socioeconomic status, because individuals are positioned in vague and often antagonistic relationships to the state and its institutions.3

Because state law can have a powerful influence on health, policy can be used as a structural-level tool both to mitigate or exacerbate disparities among vulnerable populations.Recent research on immigrant policy has focused on state policies unrelated to health, such as local law enforcement cooperation with national immigration agencies. Withinthe SDOH field, a growing body of work reveals how state-level policies unrelated to health are associated with health disparities among marginalized populations.4These similarities in state-level policy research infer that a SDOH approach applied to immigration can illuminate policies that impact immigrant health.For example, in states that allow many undocumented residents to pay state tuition to public colleges, this, in turn, leads to better paying jobs that will improve their economic well-being, healthcare access, and other health-promoting opportunities. 5

More inclusive social determinants of health research is needed to discern how these cross-sectoral policies impact immigrant communities at a local and state-level. This requires more interdisciplinary collaboration, community engagement efforts, inclusive health care practices, and advocacy for fair immigration and health policies. Using state policy is only one tool to mitigate health disparities at a structural level. Innovative opportunities to improve immigrant health should be explored within the scope of public health practice and the health services research enterprise to improve the health of this vulnerable population.