Blog posts, features, & stories of how we're trying to make a difference in health care. 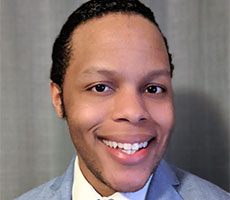 Steven Burton a recent graduate of the Colorado School of Public Health, with a Master of Public Health with a concentration in Community Health Education. He currently leads the newly opened LGBTQ+ Hub on the Anschutz Medical Campus as the Resource and Communication Coordinator. Burton's passion is teaching people about behaviors that promote well-being and addressing intersectionality factors that lead to health disparities in LGBTQ+ and low socioeconomic communities.


Lack of access to knowledgeable and compassionate health providers and appropriate services is the greatest reported barrier to healthcare for the transgender and gender diverse community (TGD).1,2 TGD individuals often avoid seeking professional care and services due to fear of mistreatment, oppression, and discrimination from inadequately trained staff and faculty.

One of the main factors that I have noticed that can lead to misunderstanding of the LGBTQ+ community, is the egregious belief that gender identity/expression is the same thing as one’s sexual orientation. Gender itself is considered a social and cultural concept as an identifier factor of one’s own identity.4 In other words, gender is a component of someone’s internal perception of their own identity. It is a “social construct” in the sense that, unlike biological sex, gender is a product of society. A person’s gender expressions rely on cultural and social concepts of masculinity, femininity, and androgyny, and how a person outwardly shows their gender identity. Compared to sexual orientation, which is a sexual, physical, romantic, emotional/spiritual attraction one feels for others, it’s pretty clear that these are two different things. Nevertheless, these are often confused to be one of the same, which just leads to further inadequate services in healthcare for the LGBTQ+ community.

The combination of biases, stigmatization and discrimination from the healthcare field has created an environment where the healthcare field is associated with TGD culturally incompetent providers and staff. Research has not only indicated that the lack of culturally competent healthcare providers as the biggest barrier to TGD individuals seeking medical and mental care, but it has also indicated that the anticipation of having to educate their providers about their medical and mental needs as another major barrier.3 For most TGD individuals, TGD non-inclusive healthcare is demonstrated by providers who lack competence, attention and/or initiative to adequately provide medical treatment and can affirm their identities according to the best available science.3

The decision to reveal one’s TGD status to healthcare providers is a complicated and complex process for TGD individuals. Those that decide to reveal their TGD status, take the risk of being discriminated against while facing medical providers and clinical staff that might intentionally misgender them. Some studies have indicated that individuals within the transgender community fear that their quality of service might be compromised if they disclosed their gender identity to their healthcare providers.1-3 This fear stems from the belief that this might happen via substandard care, discriminatory referrals to other medical providers and problematic notes written in their medical records.3

With a combination of factors that leads to the TGD community avoiding the healthcare system, to remedy this issue, a holistic and gender affirming approach must be taken to ensure that hospitals are always an inclusive and welcoming spaces for the TGD community at all times. Some of those changes and improvements can come from: training and education towards medical staff, providers and students, the creation of more welcoming spaces, and finally federal, state and community-based policy changes.

In addition, my recommendation for those that are trying to be a better ally, provider and/or mentor, would be to increase your understanding of the transgender and gender diverse community as much as possible. Simple steps such as learning more LGBTQ+ vocabulary, practicing gender-neutral languages and pronouns, and participating in as many trainings and workshops, can help you build the foundation for a more gender diverse inclusive space at any moment. If you have the platforms and opportunities to allow individuals within the TGD community to speak on their own lived experiences, allow them to do just that. Society is changing on the daily, and I ask that we all challenge ourselves to listen more and to speak less.

Redefining Realness: My Path to Womanhood, Identity, Love & So Much More

Beyond the Gender Binary

A Clinician’s Guide to Gender-Affirming Care: Working with Transgender and Gender Nonconforming Clients

Injustice at every turn: A report of the National Transgender Discrimination Survey. Washington, DC; National Center for Transgender Equality and National Gay and Lesbian Task Force; 2011.

Monitoring the health of transgender and other gender minority populations: Validity of natal sex and gender identity survey items in a US national cohort of young adults. BMC Public Health. 2014a;14(1):1224–1234.