These are the most common reasons that a person might need to have an adrenal gland removed:

Structure and Function of the Adrenal Glands

The adrenal glands are two triangular-shaped glands located on top of the kidneys. They release hormones that regulate various biologic processes in your body. Adrenalectomy is the surgical removal of one (or very rarely, both) of the adrenal glands.

The outer part of each gland is called the cortex. It produces the following hormones:

Cortisol: a hormone released in response to stress. Its primary functions are to increase blood sugar, suppress the immune system, and help with the metabolism of fat, protein, and carbohydrates.

Aldosterone: a hormone that plays a central role in the regulation of blood pressure.

The inner part of the adrenal gland is called the medulla. It produces catecholamines, hormones that are released in response to stress. 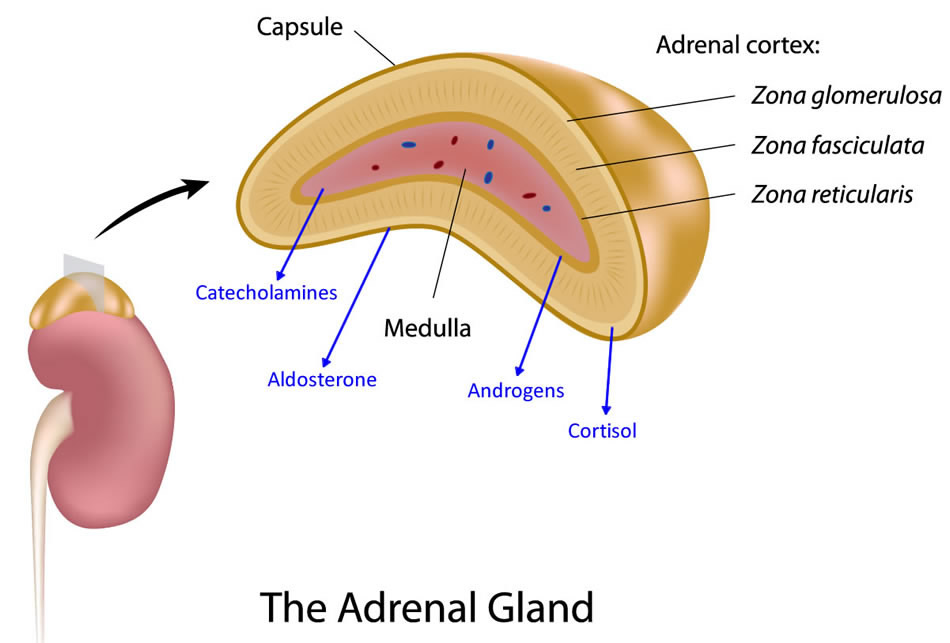 Adrenalectomy can be performed in two ways:

The preference of one approach over the other will depend on preoperative diagnosis, size of tumor, concern for malignancy, prior surgical history, and patient preference.