Department of Surgery | University of Colorado School of Medicine Jan 3, 2020 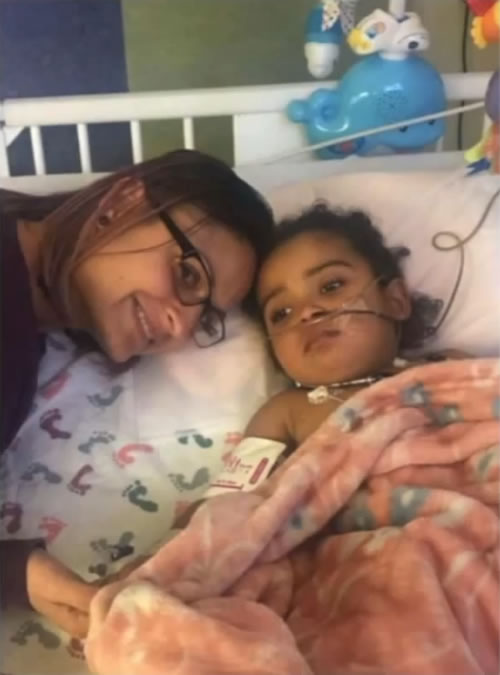 When Drea Richardson learned that her baby cousin had a rare genetic disorder and needed a liver transplant, she stepped forward to be the donor. At University of Colorado Hospital, transplant surgeons Liz Pomfret, MD, and James Pomposelli, MD, removed a fifth of Drea’s liver, which was then taken to Children’s Hospital Colorado and transplanted into Drea’s cousin, Destiny, by Dr. Michael Wachs and Dr. Megan Adams.

Having faced death multiple times before the age of one, little Destiny now has the opportunity to live a much healthier childhood. Meanwhile, Drea is recovering smoothly from her surgery and says she hopes her gift will inspire other adults to donate. She points out that the liver, unlike most organs in the human body, can regenerate after a portion is removed. An adult like Drea who donates organ tissue to a child can have just enough tissue removed to replace the child’s own, smaller liver; then, after surgery, the adult’s liver will grow back to approximately its original size, with full functionality.

You can ready more about organ donation on the UCHealth website. For more of Drea and Destiny’s story, including video, see the article on Denver’s Fox 31 News website: Veteran donates portion of liver to Colorado baby with rare disorder.