Our Surgeons Who Perform this Procedure 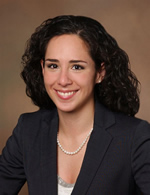 Dr. Albuja-Cruz returned and joined the faculty at the University of Colorado in 2012. Board-certified in Surgery, she is currently an Assistant Professor of Surgery within the Division of GI, Tumor and Endocrine Surgery. Dr. Albuja-Cruz is active in the instruction of medical students and surgical residents. Her clinical research interests are focused in patient outcomes in endocrine surgery.

She is a candidate member of the American Association of Endocrine Surgeons (AAES), the American College of Surgeons, and the American Association of Clinical Endocrinologists (AACE). Among her repertoire of specialty procedures, Dr. Albuja-Cruz is well-versed in minimally invasive parathyroidectomy using intraoperative parathyroid hormone monitoring (Miami criterion), total thyroidectomy with central and modified radical neck dissection, and laparoscopic (anterior and retroperitoneal) adrenalectomy. 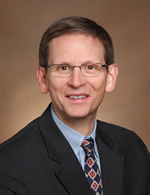 Dr. McIntyre graduated from Tulane University School of Medicine in 1987 and completed surgical internship and residency at the University of Colorado Health Sciences Center. He is board-certified in Surgery and in Surgical Critical Care.

He has served on the faculty of the University of Colorado School of Medicine since 1992 and is currently Professor and Director of Endocrine Surgery within the Division of GI, Tumor and Endocrine Surgery. Dr. McIntyre is also the Medical Director of the Surgical Intensive Care Unit and Director of the Trauma & Acute Care Surgery Services at University of Colorado Hospital. He has published over 190 manuscripts and book chapters. He has delivered over 225 lectures and research presentations.

He is currently President of the Medical Board of University of Colorado Hospital. He is Chair of the Critical Care Quality Improvement Committee, Trauma Committee, Trauma Quality Improvement Committee, and Vice Chair of the Clinical Effectiveness and Patient Safety Committee. He won the Golden Apple Teaching Award in 2001, Outstanding Clinical Teacher School of Medicine Class of 2003, and the Edward Bartle MD Teacher of the Year Department of Surgery Residents in 2003. At University Colorado Hospital he was the Full-time Physician of the Year in 2005, the President’s Award for Rock Solid Economics in 2008, and Clinical Effectiveness and Patient Safety Award in 2009. He is listed in Best Doctors in America, Castle-Connolly Top Doctors, Consumer Research Council of America Guide to America’s Top Surgeons, and 5280 Magazine’s Top Doctors. 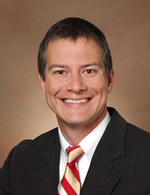 He is board-certified in Surgery and is a fellow in the American College of Surgeons. He is currently an Associate Professor within the Division of GI, Tumor and Endocrine Surgery and is also the assistant director for the General Surgery Residency Program. Dr. Raeburn is an active clinical and basic science researcher focusing on thyroid cancer and has published over 50 manuscripts and book chapters.

Dr. Raeburn has won numerous departmental (2003, 2004, 2007, 2008) and School of Medicine (2007, 2008) teaching awards as well as the Partners in Care Physician Award from the University of Colorado Hospital in 2012. He is a member of the American Association of Endocrine Surgeons, the American College of Surgeons, the Southwestern Surgical Congress, and the Association for Academic Surgery where he also served on the Executive Council.

The Miami criterion is a measurement used in parathyroid surgery to determine if all of the abnormal parathyroid glands have been removed. (Most people have four parathyroid glands. One or more may be diseased. The surgeon’s goal is to remove the diseased gland(s) and leave the normal ones intact.)

Use of the Miami criterion was pioneered by Dr. George L. Irving at the University of Miami, where Dr. Albuja-Cruz did her fellowship.