PROFESSOR OF ORTHOPEDICS AND MEDICINE, DIVISION OF RHEUMATOLOGY

Dr Moreland has been in academics for over 30 years. While a faculty member at the University of Alabama at Birmingham (UAB) (1990 to 2007) he developed the Arthritic Clinical Intervention Program and was lead investigator for many of the early clinical trials with biologics for rheumatoid arthritis (RA).  He spearheaded the pivotal Phase 1, 2 and 3 trials of etanercept for RA which resulted in this biologic agent being the first biologic approved by the United States Food and Drug administration for treating RA.    While at UAB he and other colleagues developed two major research databases. These were the NIH funded Consortium for the Longitudinal Evaluation of African Americans with early RA (CLEAR) registry, and the investigator-initiated clinical trial (funded by NIH and industry) Treatment of early aggressive RA (TEAR). These large databases provided enormous resources for data for junior investigators to launch successful academic careers.

From July 2007 to May 2020 Dr Moreland was Chief of the Division of Rheumatology and Clinical Immunology at the University of Pittsburgh. During this timeframe he continued with NIH funded translational research in musculoskeletal and autoimmune research. Major RA projects included: the NIAMS (and industry) funded Randomized Comparative Effectiveness in RA (RACER) database; NHLBI funded “Evaluation of specific markers of Rheumatoid Arthritis, Inflammation, Thrombogenesis and Risk of Cardiovascular Disease and Total Mortality” using the database and biorepository from the Women’s Health Initiative; and the NIH and industry funded  Accelerated Medicines Partnership (AMP) in RA. For the past 10 years he was a member of the NIH funded Vasculitis Clinical Research Consortium (VCRC) and under his leadership at the University of Pittsburgh participated in multiple longitudinal disease registries and investigator-initiated trials involving patients with vasculitis.

Dr Moreland joined the faculty at CU Anschutz in May 2020. Here he will be leading a newly created Interdisciplinary Joint Biology Program. This new program has initial funding from the Department of Orthopedics, Department of Medicine, Division of Rheumatology and the School of Medicine. Initially a focus will be on expanding current synovial tissue research efforts to not only RA, but other autoimmune and musculoskeletal diseases such as ankylosing spondylitis, psoriatic arthritis, Sjogren’s syndrome, osteoarthritis (OA), pre-OA, and others. Collaborations between Orthopedics, Radiology, and Rheumatology have led to the establishment of an Interdisciplinary Joint Biology Biorepository of joint tissue (synovium, cartilage, ligaments) and blood samples.  A goal will be to establish collaborative research projects with many other disciplines on the CU Anschutz campus as well as scientists at other academic institutions. A major focus will be to better understanding the molecular heterogeneity of disease pathways of our patient’s with musculoskeletal and autoimmune diseases with a goal for precision medicine.  In addition to the research activities, Dr Moreland will have a clinical practice for patients with autoimmune and musculoskeletal diseases. He will be involved with mentoring and teaching medical students, residents, and fellows. 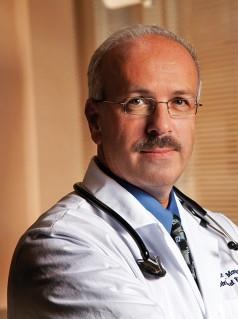 Dr. Moreland’s research interests are focused on the following areas.