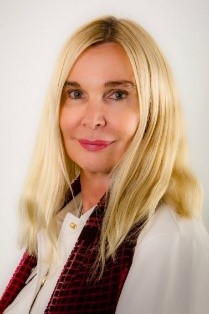 Dr. Heyn has been involved in rehabilitation and gerontological research for over 20 years. Her research has been funded by the National Institutes of Health and the NIDILRR from the HHS Administration for Community Living. She has extensive expertise in designing studies for individuals with complex health conditions including from minority and underserved backgrounds. Throughout her career she has published more than 80 peer-reviewed papers, abstracts, and book chapters and she has mentored successfully more than 50 trainees. She is well-known for her research on the prevention and intervention of Alzheimer’s disease through exercise treatments and her meta-analysis study is recognized as one of the most cited article from the Archives of Physical Medicine and Rehabilitation and is Altmetric highly scored. She is the associate editor of The Gerontologist, Journal of Aging and Physical Activity, and the BMC Geriatrics in addition to serve in many highly cited peer-reviewed boards. She holds important leadership roles in the 1) Gerontological Society of America; 2) Neurodegenerative Diseases Networking Group from the ACRM; 3) Complementary and Integrated Rehabilitation Medicine Group from the ACRM; 4) Geriatric Rehabilitation Networking Group (GRNG) from the ACRM, and 5) American College of Sport Medicine. She has been involved in many international scientific activities and her research has been featured in the La Nación, Argentina's leading newspaper and is frequently cited in various media such as HealingWell.com, WIKIBOOKS, ABC 7 News and the Alzheimer’s Association.