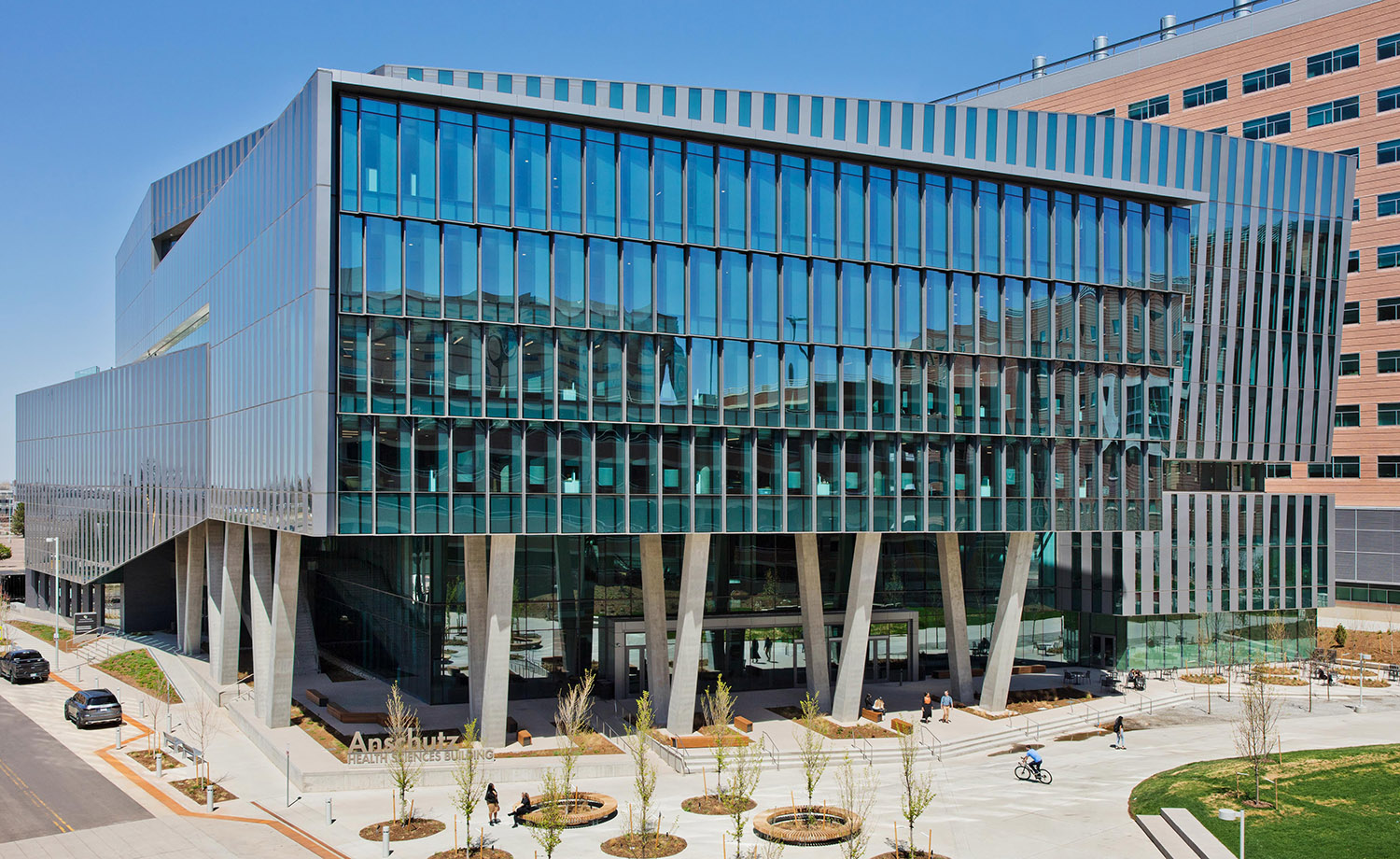 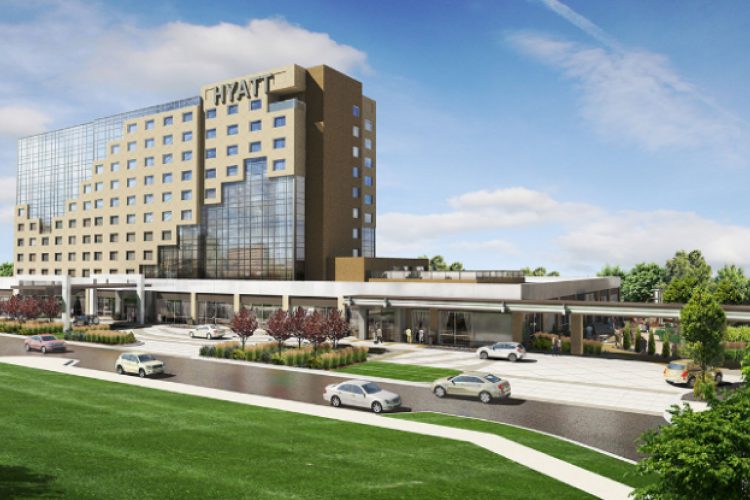 Hyatt Regency Aurora-Denver Conference Center Those wishing to book accommodations through the university are invited to stay at the Hyatt Conference Center conveniently located near campus at 13200 E 14th Pl, Aurora, CO 80011. To reserve your room at the university's discounted rate of $145 per night, please contact our event coordinator Carey Burgess at carey.burgess@cuanschutz.edu. 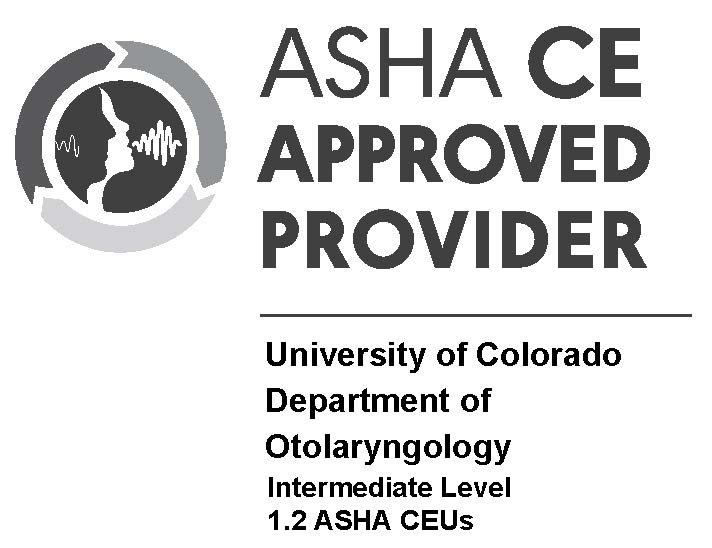 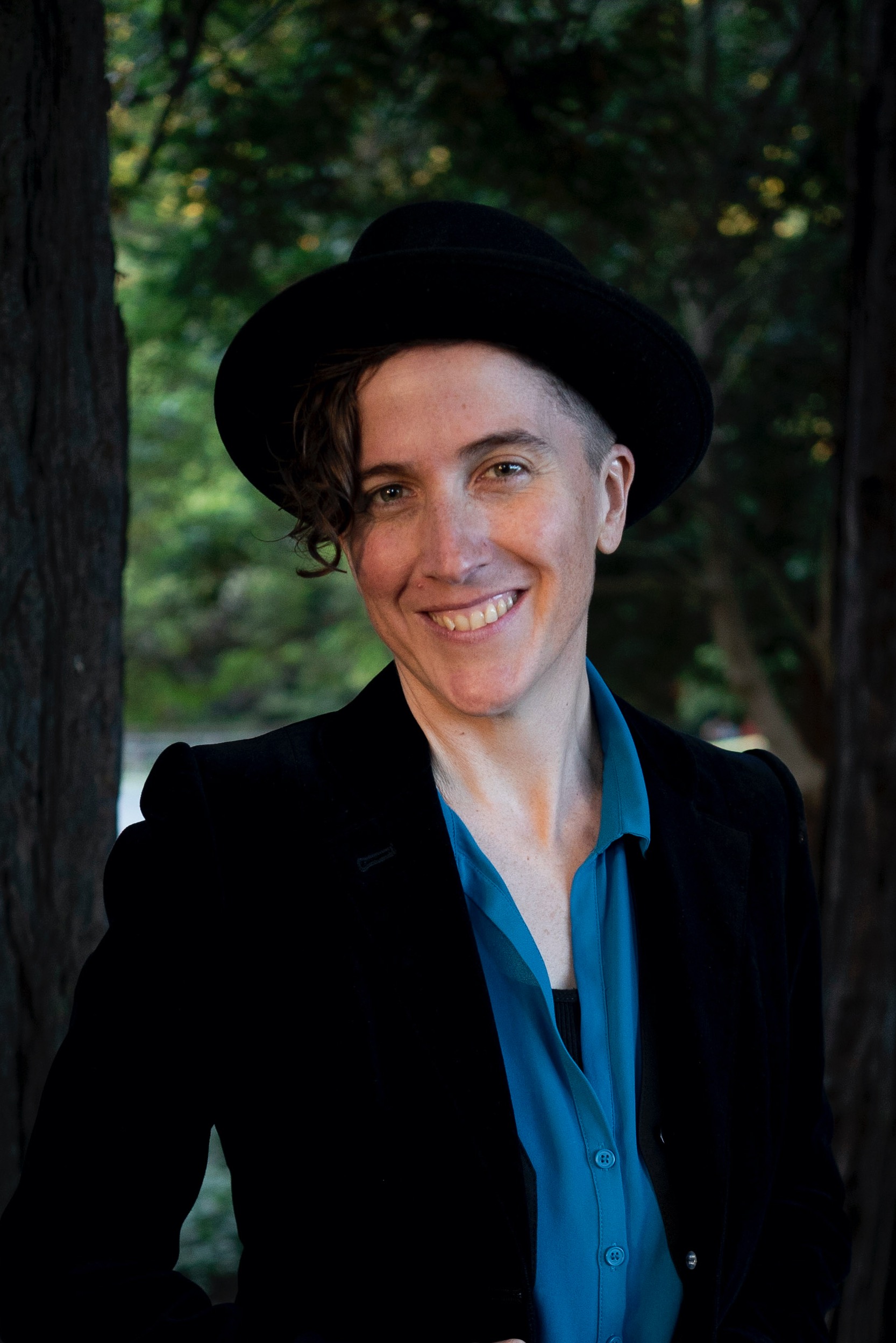 Wynde Vastine (they/them), CCC-SLP has been working with the speaking and singing voice for 15+ years. Deeply sensitive to the impact of voice difficulty on all areas of life and identity, they specialize in working with a wide range of voice, swallowing and upper airway disorders. Mx. Vastine has taught and performed nationally and internationally, and they present regularly at conferences and universities. A leader in the field of Gender Affirming Voice Care, they are faculty with MedBridge Education and regularly lead trainings for other speech-language pathologists, voice teachers, otolaryngologists, and more. They are the director of Passaggio, San Francisco Voice and Swallowing’s gender affirming voice program. As a founding member of Trans Voice Initiative, they are especially committed to training other trans and/or non-binary people to be voice specialists. They also love working with the voice as a bridge to the soul through their work with people of all genders as a vocal coach and singing teacher through their private practice, Transformative Voice. They hold an MA in Speech-Language Pathology from University of Pittsburgh, a vocology certification from the National Center for Voice Science, and a BFA in theatre from New York University: Tisch School of the Arts. At a very young age, Mx. Vastine fell in love with the voice, and began their professional theater career at age 10. Their performance career has since been rich, spanning from Shakespeare to musical theater, to experimental new work. Their solo performance work weaves in a variety of vocal styles, particularly extended voice work. Ultimately, they love to drop into their heart and sing – which for them is an experience of liberation. 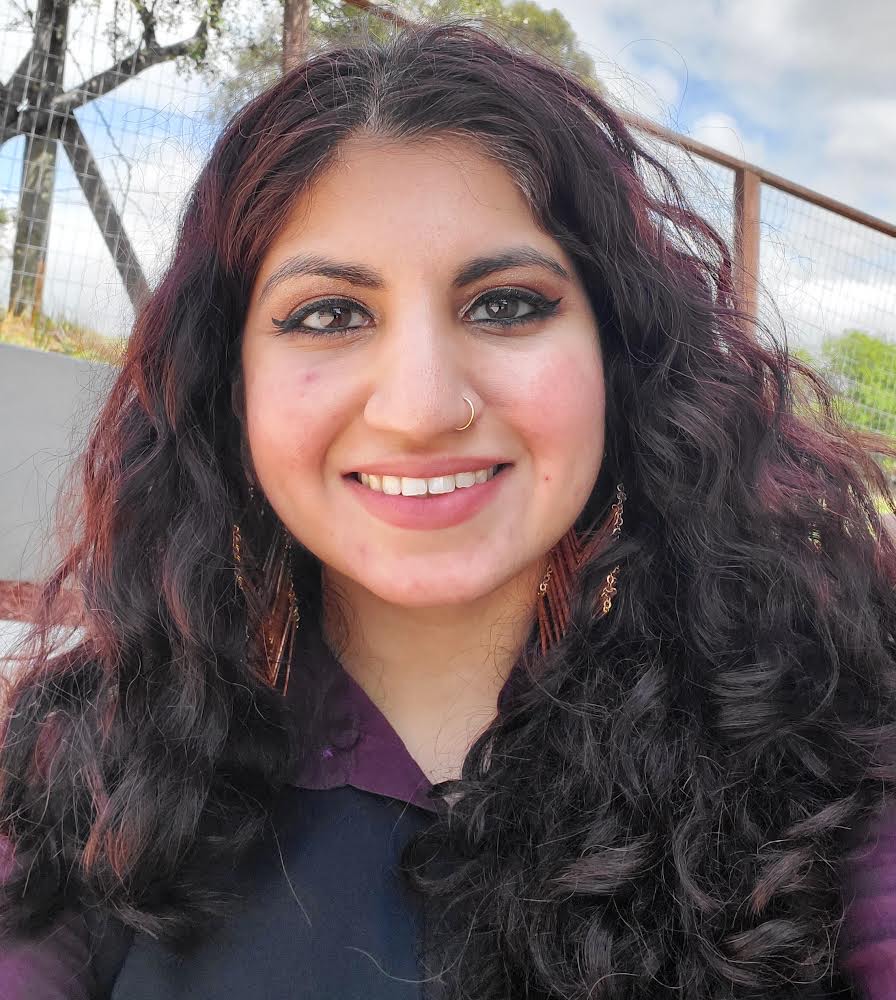 Ruchi Kapila (they/she), M.S., CCC-SLP, NCVS Trained Vocologist is a speech-language pathologist (licensed in CA and TX) and voice teacher providing speech and singing voice services with a gender inclusive lens. In 2020, they started their practice, Kapila Voice and Speech Services after working in acute care and acute rehab hospital settings with adult and geriatric populations. As a presenter, educator, and panelist, they have covered topics regarding client-centered gender affirming voice care, cultural responsiveness for 2SLGBTQIA+ communities, social justice and intersectional considerations working within the SLP field and beyond. Following their graduate studies, Ruchi has sought to cultivate varied skillsets with regard to voice practice, including various gender affirming voice seminars, exposure to rigid- and flexible-endostroboscopy training, Walt Fritz’ Myofascial Release (MFR), McClosky Technique, SPEAK OUT!, LSVT LOUD, PhoRTE, and Summer Vocology Institute (SVI) under the National Center for Voice and Speech (NCVS). They are a soprano with over 20 years of singing training across classical and contemporary music approaches. Ruchi serves as a board member and director of social media for Festival Opera in Walnut Creek, CA and interviews vocalists on their interview series, Behind the Mask. They previously co-created and co-hosted a podcast with Asher Maron (they/them), The Hyndsyte Project, interviewing Black and Brown TGNC and/or queer activists and artists. They are also a founding member and organizer for Trans Voice Initiative (TVI), a volunteer organization advocating for the training, community, and advocacy by and for trans and gender nonconforming (TGNC) speech-language pathologists. In a research role, Ruchi recently joined the Disability Caucus, a Multicultural Constituency Group dedicated to the inclusion, advocacy and service to professionals and students with disabilities in the fields of speech-language pathology and audiology. 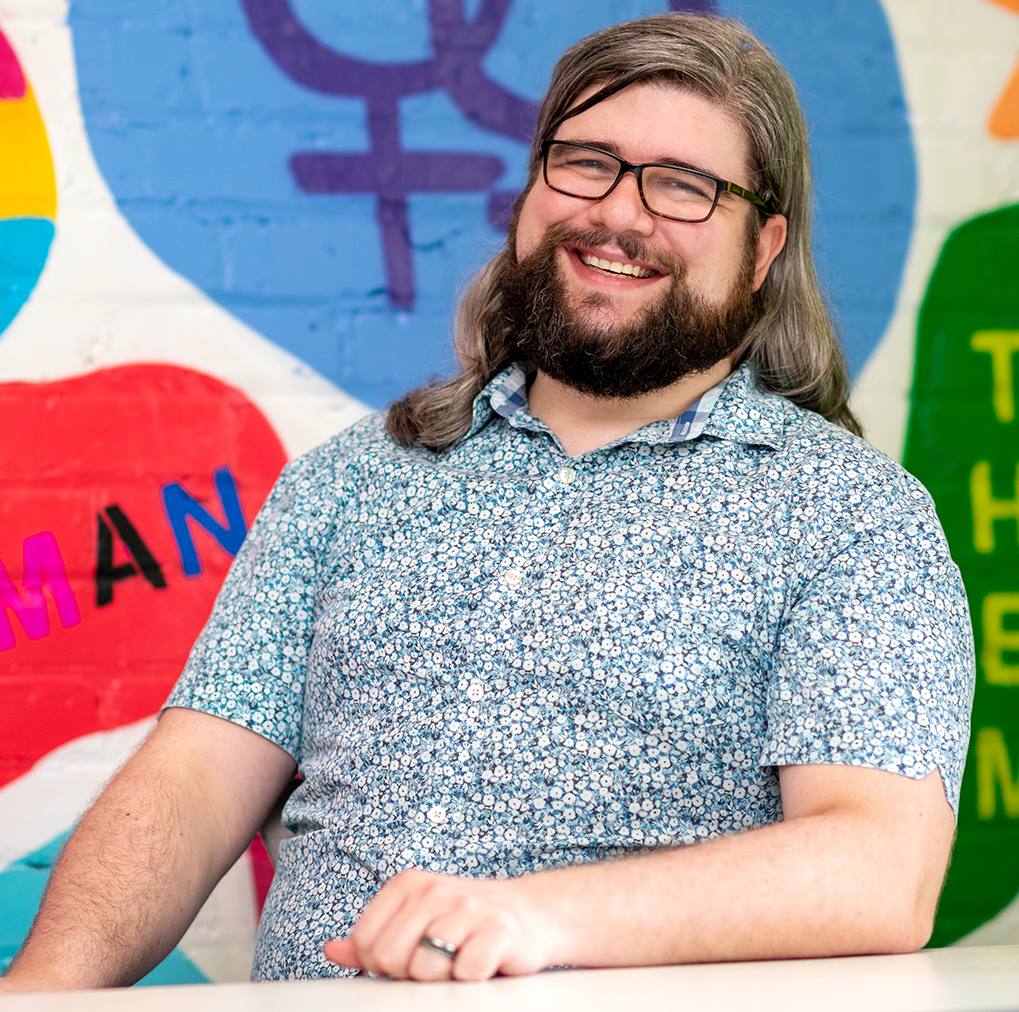 Kevin Dorman (they/them), MS, CCC-SLP, is a non-binary Speech-Language Pathologist who specializes in long-distance gender-affirming voice care. They have almost solely served the transgender population of the southeastern US since 2016 when they opened their private practice, Prismatic Speech Services. Initially only serving North Carolina, Kevin expanded their licensure to include Virginia, South Carolina, and Georgia; more recently, they have brought on several contractors to expand their coverage to thirteen states, with plans to expand to at least thirty states in 2023. Over the years, Kevin has developed a diverse skill set by engaging their voice through varied artistic mediums and foci, including film, stage, and voice acting, choral singing, a capella, private singing instruction, and most importantly, generally goofing around. A Master’s degree in Communication Sciences & Disorders gave them the technical knowledge and framework to help others gain flexibility and control over their own voices. Post-graduation, Kevin has sought additional education in trauma-informed care, motivational interviewing, Conversational Training Therapy (CTT), pterygoid muscle massage, and vocology, as well as specific training in transgender vocal training, Lessac-Madsen Resonant Voice Therapy (LMRVT), and Casper-Stone Flow Therapy (CSFT). Kevin is also in their fifth year as a board member of QORDS, a (currently online but traditionally sleepaway) music-and-activism summer camp for LGBTQ+ youth and kids of LGBTQ+ parents ages 12-17. If you’re interested in keeping up with Kevin and Prismatic, consider following them on Instagram, Facebook, or TikTok; you can also join their mailing list, REFRACTIONS.