The journey of a thousand miles begins with a single step, and we're here to help you make that journey. Our fellowship-trained orthopedic surgeons offer comprehensive care for all adult foot and ankle problems, including deformity correction, arthritis, fractures, tendon injuries, ankle replacement, bunions, hammertoes, instability, or whatever is causing your pain.

Radiology and rehabilitation are offered on-site for your convenience along with a focus on minimizing the time is takes for you to get your first appointment with our clinic.

We are also a tertiary referral center, which means we accept and treat injuries and problems that have been resistant to previous treatment and care. We focus on minimally invasive surgery and outpatient surgery so that you can avoid long hospital stays and return to activity as soon as possible.

Read more in our recent news.

Our surgeons are the forefront of Orthopedic Sports Medicine research. We continue to advance the field of orthopedics in our discoveries of the newest treatment options and technological advances in orthopedic care. Here at the University of Colorado Anschutz Medical campus, our surgeons have access to the most extensive research resources and world-class surgical facilities available in Colorado and the nation.

Here at the University of Colorado Anschutz Medical Campus we share our discoveries and teach our peers in the field as well as the next generation of orthopedic surgeons.

Learn more about our recent research in Foot & Ankle. 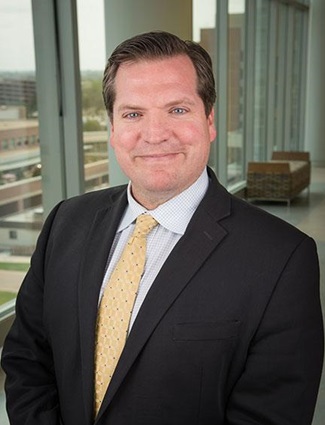 Dr. Ken Hunt is the Director of the UCHealth Foot and Ankle Center, Associate Professor and Vice-Chair of Quality, Patient Safety, and Outcomes for the University of Colorado Department of Orthopedics. His philosophy of care is the commitment to his patients and their families to deliver care that is supported by the highest order of compassion, innovation, science, and technology. He enjoys spending time with his family, skiing, hiking, and traveling.

“Rheumatology for the Foot and Ankle Specialist”

“The NFL Experience with High Ankle Sprains: Attempts to Mitigate the Injury Burden”