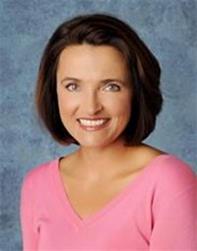 Karen Chacko, MD, was born and raised in the San Francisco Bay Area. She attended undergraduate and medical school at UC San Diego. She completed her internship, residency, and chief residency here at the University of Colorado in the Primary Care track. She has been GIM faculty here since completing her training. Karen enjoys hiking, running, camping, biking, and cooking with her two beautiful girls and husband. 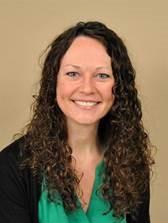 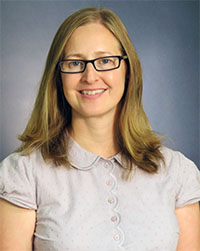 Lisa Davis, MD, MSCS, grew up in a rural town in Arkansas. She completed her undergraduate degree at Brigham Young University and her medical degree from the University of Colorado. She completed her internship, residency and Rheumatology research fellowship at the University of Colorado. She joined the faculty at Denver Health Medical Center in 2011, where she practices Rheumatology. Her areas of research include adverse drug events, outcomes research, and health  services research. She joined the residency program as an Associate Program Director in 2016, and works with the research track and categorical residents. She has a son and a daughter and enjoys cooking, cycling, hiking, and most outdoor sports 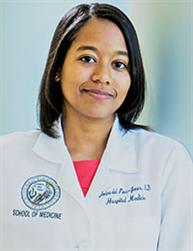 Amira del Pino-Jones, MD, is the Assistant Program Director for Diversity and Inclusion. She was born and raised in Colorado, and after attending the University of Colorado at Boulder for undergrad, she completed medical school, her internship, and residency in Internal Medicine at the University of Colorado. As a graduate of the Hospitalist Training Track, Dr. del Pino-Jones now practices inpatient medicine at the University of Colorado Hospital. When she is not seeing patients, she dedicates much of her time to Diversity, Equity, and Inclusion efforts within the Division of Hospital Medicine, Department of Medicine, and School of Medicine. Outside of work, she enjoys spending time with her friends and family, going to the theater, and golfing. 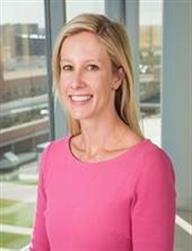 Emily Gottenborg, MD, is an Assistant Professor within the Division of Hospital Medicine, Department of Medicine, and has a passion for teaching the next generation of leaders in hospital medicine and healthcare system improvement. She is the Co-Director of the Hospitalist Training Program and is faculty within the Institute of Healthcare Quality, Safety, and Efficiency.  Dr. Gottenborg came to Colorado in 2014 and enjoys the mountain lifestyle with her 3 children,   husband, and Berner, Bruiser. 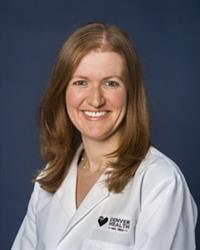 Christine Haynes, MD, MPH was born in New York and studied international affairs and global health  at Georgetown University. She received her MD and MPH from Northwestern University and then completed her residency and chief year in Internal Medicine/Primary Care at UCLA. Christine is a primary care physician at Denver Health and works both at the Westside Clinic and the Intensive Outpatient Clinic, as well as supervising residents on general inpatient wards. Her interests include women’s health, underserved populations, population health and quality improvement, and advance care planning. Christine enjoys running, biking, traveling, live music,  and exploring new places. However, she spends most of her time reading children’s books in funny voices and dancing in the kitchen with her two young children. Christine is the Assistant Program Director for the Primary Care Residency Track. 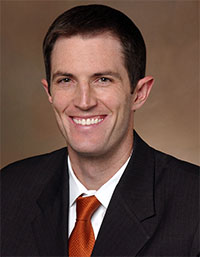 Dan Heppe, MD, was born and raised in Colorado. He attended Medical School and subsequently completed residency and chief residency here at the University of Colorado. He completed his training in 2012 and joined the Hospital Medicine Group at Denver Health Medical Center. After four excellent years at that institution he recently joined the Hospital Medicine group at the Denver VAMC. His academic interests include resident education, alcohol withdrawal and prevention and substance abuse. He is the father of two beautiful daughters (pictures available upon request). Outside of medicine he enjoys skiing, hiking, camping, playing music and spending time with family. 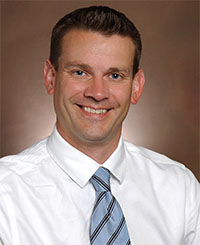 Mark Kearns, MD, is originally from small-town Nebraska and grew up in Dayton, OH. He returned to Nebraska to attend the University of Nebraska-Lincoln for his undergraduate degree. He subsequently received his medical degree from the University of Nebraska Medical Center in Omaha where he graduated AOA. After completing his residency and chief residency at the Ohio State University, Mark moved to Denver in 2007 to pursue Pulmonary/Critical Care fellowship training at the University of Colorado. Following completion of fellowship, Mark has been on faculty at the University of Colorado Hospital and Denver Health Medical Center. He joined the residency program as an Associate Program Director in 2015 with particular interest in mentorship, sub-specialist career development, a​nd critical care ultrasound education. He also serves as the residency program site director at Denver Health Medical Center. Outside of medicine, Mark enjoys playing guitar, college football (Go Big Red!), attending concerts, checking out Denver’s burgeoning restaurant scene, and pitching hours of batting practice to his two sons.​ 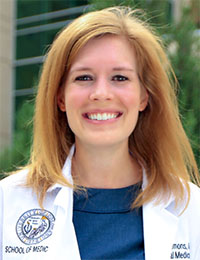 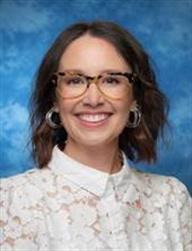 Adrienne Mann, MD, is a native Denverite. She attended undergrad at the University of Colorado, and then continued at the University of Colorado for both medical school and residency training. She is a graduate of the Hospitalist Training Program, and after serving as Chief Medical Resident with fellow APD Julia Limes, she joined the Hospital Medicine Group at the Rocky Mountain Regional VA Medical Center. Her academic interests include teaching at the bedside, transitions of care, and resident wellness. She is one of the site directors at the VA, and also co-directs the VA Sequential Training program, a longitudinal curriculum for 3rd-year medical students at the VA. Outside of work, she enjoys spending time with her husband, Scott, and two daughters, Amelia and Charlotte. She is outdoorsy in that she likes sitting on patios or in parks, and also can be found attending ballet class  or hot-yoga 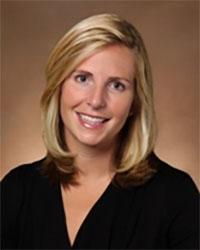 Katie Suddarth, MD, is originally from Philadelphia, PA. She went to Dartmouth College then moved to Denver to attend the University of Colorado School of Medicine where she graduated AOA. After medical school, Katie entered the Primary Care Track of the University of Colorado Internal Medicine Residency Program. She completed her training in 2009, followed by a chief resident year. She is currently a primary care physician at the University of Colorado and became an Assistant Program Director for the residency program in 2011. Her interests outside of medicine include hiking, running, snowshoeing, and traveling. 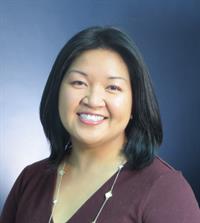 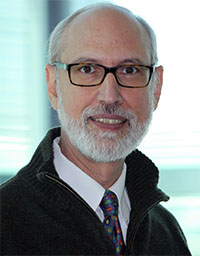 Arthur Gutierrez-Hartmann, MD was born in Mexico City and grew up in San Antonio, Texas, with Arthur.jpg Spanish as his first language. He received a BA in Chemistry in 1971 from the University of Texas at Austin, and then graduated with an MD from the University of Texas Southwestern Medical School (UTSW) in 1975. From 1971-1977, he also pursued graduate studies purifying yeast citrate synthase from yeast mitochondria in Dr. Ron Butow’s lab in the Biochemistry Dept at UTSW. From 1977-80, he completed Internal Medicine residency training at Stanford University Hospital, and from 1980-83, he completed a Molecular Endocrinology training fellowship with Dr. John Baxter at UCSF. After an initial faculty position at UCSF (1983-85), he was recruited to the University of Colorado HSC in 1985, where he was a founding member of the MD/PhD Training Program (1985; now MSTP), the Molecular Biology Graduate Program (1986), the Cancer Center (1987), the Reproductive Biology Graduate Program (2004), the CCTSI TL1 (2008), and the Physician-Scientist Training Program (2011). Arthur has served in leadership positions in national associations dealing with graduate and physician-scientist training, on Council of the American Cancer Society (ACS), and he serves on multiple editorial boards, including Associate Editor of Molecular Endocrinology. Arthur has been selected for many awards and visiting professorships, including: an A. P. Giannini/Bank of America Fellowship; a PEW Scholar Award in the Biomedical Sciences; elected to the American Society of Clinical Investigation; a NSF-CNRS Visiting Scientist, IGBMC, Illkirch, France; the 2002 SACNAS Distinguished Scientist of the Year Award; the 2008 AACR Jane Coffin Wright - Minority in Cancer Research Award; the 2009 Endocrine Society’s Distinguished Educator Award; and the inaugural ASBMB 2010 Ruth Kirchstein Diversity in Science Award. The main focus of the AGH laboratory is to determine the role of ETS transcription factors in epithelial cell development and tumorigenesis, with a focus on pituitary mammary and GI model systems. He has been supported by NIH R01 grants to pursue this research work, with PEW, ACS, DOD and NSF also providing support. As a clinician he attends patients with endocrine disorders, focusing on pituitary tumors and thyroid cancer. Finally, Arthur has been highly committed to the recruitment and training of women and underrepresented students to all aspects of the biomedical workforce.