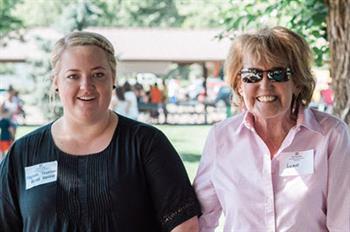 UCHealth University of Colorado Hospital has cemented its place among the nation’s leaders in treating and caring for patients who are among medicine’s most vulnerable.

They are people who receive stem-cell transplants for leukemia and other diseases of the blood and marrow. Newly available data from the Center for International Blood and Marrow Transplant Research show that the Blood Cancer and Bone Marrow Transplant Program at University of Colorado Hospital has achieved greater than expected one-year survival rates for these patients for four consecutive years.

Nationally, only five other BMT centers have achieved this distinction, noted Jonathan Gutman, MD, associate professor with the Division of Hematology in the University of Colorado School of Medicine’s Department of Medicine and clinical director of Allogeneic Stem Cell Transplantation at CU.

The latest outcome figures are based on three years of data gathered from 2012 to 2014 for allogeneic transplants (those that use cells collected from donors rather than the patient’s own cells) and are risk-adjusted to account for patient acuity, Gutman said.