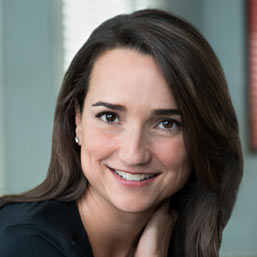 Yvette grew up in Miami, FL as part of a large family of Cuban exiles. As a community leader, she has served as a board member for the Denver Health Foundation (Vice Chair), the Denver Health Volunteer Association Board (President), the Level One Society, the Davidson College Alumni Association Board (Vice President), and the Documentary Cinema Institute. She currently serves on the Board of Trustees for Davidson College and for Graland Country Day School, where her children are students. Yvette has also been an active volunteer with Project C.U.R.E. She and her husband, Chris, whom she met in college, have three children.

Yvette is an award-winning filmmaker. Her work has screened on PBS and at film festivals across the world, including South by Southwest, the Full Frame Documentary Film Festival, the HBO Urbanworld Film Festival, and the New York International Latino Film Festival. She has taught film theory, writing, editing, and production at Hollins University, the University of Colorado at Denver, and at the Colorado Film Video Institute at the Community College of Aurora.

She holds a B.A. in English from Davidson College and an M.F.A. in Film Directing from New York University’s Tisch School of the Arts.