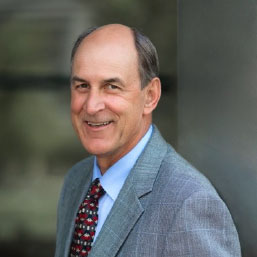 Tim Gardner served as the CFO of the Gates Biomanufacturing Facility and the Gates Center for Regenerative Medicine from 2013 to 2020. Prior to joining the Gates Center, Tim was the CFO and Vice President-Business Development at Boulder Ionics, a specialty chemical manufacturer providing electrolytes for advanced energy storage. Prior to joining BI, Mr. Gardner was a founding partner with Cache Creek Partners, a consulting partnership that accelerates growth and profitability for mid-size companies.  Mr. Gardner also served as COO and CFO in the turnaround and sale of Compositetek, a contract manufacturer of carbon fiber components and former subsidiary of StorageTek. Mr. Gardner began his business career as a commercial loan officer at the Harris Trust and Savings Bank (now Bank of Montreal) in Chicago, IL.

Tim has been involved with several non-profit organizations since he moved to Denver in 1985. He was a board member at the Kempe Children’s Foundation from 1985 to 1992. He also served as President of the Board of Trustees at St. Anne’s Episcopal School for six years. He currently serves as Committee Chair of the Reisher Scholarship Program at The Denver Foundation. Reisher has funded 1,300 scholars through partnerships with nine Colorado public colleges and universities. Tim is also on the boards of Colorado Prevention Center at Anschutz, St. Elizabeth School, and the Southwestern Foundation. He received his Bachelor’s degree from the University of Colorado and his M.B.A. from the Kellogg School of Management at Northwestern University. In his free time Tim enjoys sailing, skiing, golf and fly-fishing.