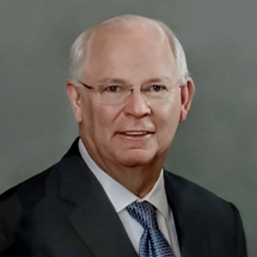 After a twelve-year legal career as a merger and acquisition attorney in Denver, in 1988 Rick became the Chairman and CEO of Kaiser Steel Corporation and successfully brought Kaiser out of a Chapter 11 Bankruptcy and restored the medical benefits of 7,500 Kaiser Steel retirees. Kaiser (then called Kaiser Ventures) developed several new businesses including real estate and water development, NASCAR Speedways, recycling and waste management, private prisons, military training and landfill development.  Rick remains the Managing Liquidation Director of Kaiser whose final projects include a pumped storage hydroelectric project and mining.

Rick received his Bachelor of Business Administration degree in 1972 from the University of Iowa and his Juris Doctor from Georgetown University Law Center in 1976.  In 1992, Rick was named Entrepreneur of the Year in the Turnaround Category in Southern California by INC. Magazine, Merrill Lynch and Ernst & Young.

Rick lives in Denver with his wife Janie and together they have six adult children.