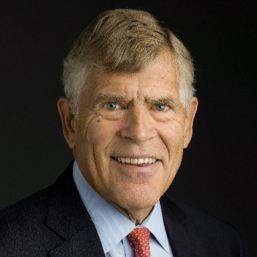 Chancellor of the CU Anschutz Medical Campus since 2012, Don Elliman boasts a successful track record in business and a high-quality reputation in higher education.

A longtime executive in publishing, Elliman worked at Time Warner for 32 years, retiring as an executive vice president of Time Inc. Other positions he held include publisher of People magazine and president of Sports Illustrated.

After Time Warner, Elliman served for four years as CEO of Ascent Sports and then Kroenke Sports Enterprises, overseeing all activities of the Pepsi Center, the Denver Nuggets and the Colorado Avalanche.

He then served four years in Colorado state government, the first two as executive director of the Office of Economic Development and International Trade, and the final two as chief operating officer for Colorado.

More recently, Elliman was executive director of the University of Colorado School of Medicine’s Charles C. Gates Center for Regenerative Medicine on the Anschutz Medical Campus.

Elliman has served as chair of the Children’s Hospital Colorado Board of Directors and co-chair of the campaign to raise funds for the new hospital. He continues on that board as well as the boards of the Fitzsimons Redevelopment Authority, Gates Center for Regenerative Medicine, University of Colorado Health, University of Colorado Hospital, Colorado Prevention Center, Linda Crnic Institute for Down Syndrome, National Mental Health Innovation Center, National Western Stock Show Association, and the Higher Learning Commission.