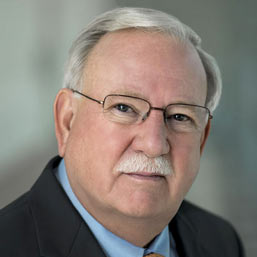 Dennis Roop, Ph.D. is a professor of dermatology and the director of the Gates Center for Regenerative Medicine at the University of Colorado’s Anschutz Medical Campus. Recruited to Colorado from the Baylor College of Medicine in 2006, where he was professor of molecular and cellular biology and dermatology and director of the Center for Cutaneous Molecular Biology for 18 years, Roop previously worked at the National Cancer Institute.

Roop is one of the first investigators to begin using molecular techniques to study how the skin forms during normal embryonic development.  He has identified many of the genes required for normal skin development and discovered that defects in some of these genes cause inherited skin diseases characterized by a very fragile skin, which blisters easily and may result in neonatal death.

His current, primary research focuses on generating induced pluripotent stem (iPS) cells from patients with inherited skin diseases, genetically correcting these cells and differentiating them into a skin stem cell lineage, which can be returned to the same patient.  This seminal research led to the 2016 formation of the EB iPS Cell Consortium with research teams from Colorado, Stanford and Columbia Universities uniting to fight the rare and debilitating genetic skin blistering disease Epidermolysis Bullosa (EB).  EB affects thousands across the US and worldwide with chronic skin wounds similar in property to thermal burns and indistinguishable from burns induced by chemical agents such as mustard gas.  Many children afflicted with Recessive Dystrophic EB (RDEB), one of the most painful and disfiguring forms of the condition, do not survive their teens after lives compromised by chronic, debilitating pain and suffering. The EB iPS Cell Consortium firmly believes in the concept of collaborative research as the most efficient and cost-effective way to bring new research discoveries to the clinic, and it is poised to help translate the first FDA approved iPSC-based clinical trial for the most serious form of the disease into the clinic, which would be one of the first iPSC-based clinical trials in the US.

He received a B.A. in Biology from Berea College, Berea, KY in 1969 and a M.S. and Ph.D. in Microbiology from the University of Tennessee, Knoxville, TN in 1972 and 1977, respectively.