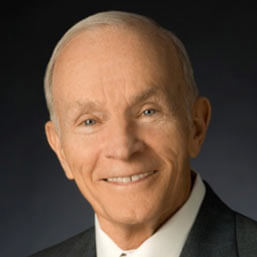 Daniel L. Ritchie has served as President of the Temple Hoyne Buell Foundation since 1993.  The Foundation focuses on early childhood education and development.  He also served as Chairman of the Board of the Daniels Fund, which supports programs that encourage personal responsibility and achievement by funding college scholarships and community programs.

Ritchie was Chairman and Chief Executive Officer of the Denver Center for the Performing Arts from January 2007 until May of 2015. He served as the 16th Chancellor of the University of Denver for 16 years from 1989 to 2005. He was Chairman of the Board of the University from 2005 to 2007. Ritchie’s involvement with the University of Denver began in 1983 when he became a trustee. He served as vice chairman of the board and chaired the development committee before becoming Chancellor.  In his 24 years of involvement with DU, the school steadily gained stature and strengthened academic programs.

Ritchie was CEO of Westinghouse Broadcasting for eight years before moving to Colorado in 1987. The move to Colorado capped a career of nearly 30 years spent in executive positions with MCA, Inc. and Westinghouse.

He co-chairs the Advisory Committee for the Gates Center for Regenerative Medicine at the University of Colorado Anschutz Medical Center since 2013.

Some of Ritchie’s awards include: The Citizen of the West Award given by the National Western Stock Show to an individual who exemplifies the spirit and determination of the Western pioneer; the National Samaritan Institute Award; the Gold Medal Award of the Poor Richard Club; Outstanding Philanthropist and Lifetime Achievement Awards at National Philanthropy Day; the National Human Relations Award from the American Jewish Committee; and membership in the Colorado Business Hall of Fame. He received the Evans Award, the highest award of the University of Denver, as well as DU’s Ethical Leadership Award.

He holds both undergraduate and MBA degrees from Harvard.