Director of Marketing and External Relations 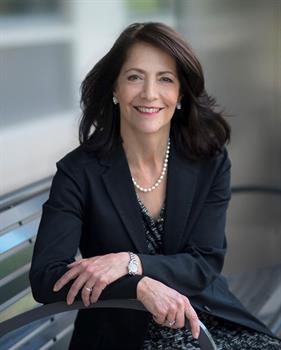 ​Jill Cowperthwaite was named Director of Marketing and External Relations at the Gates Center in August 2012. A fourth-generation Coloradan, Jill arrived at the Center having spent four years as Director of Development at History Colorado, where she helped promote the visibility of Colorado’s Historical Society and facilitate the construction of the History Colorado Center at 1200 Broadway. Prior to this, she spent 15 years at St. Anne’s Episcopal School in Denver as Associate Director of Development and Alumni Relations. Jill, who received her BA in Political Science from Middlebury College in Vermont, spent several years in Paris following her graduation. She then moved to Washington D.C., where she worked as a Legislative Assistant for Illinois Congressman John Porter for five years, dealing largely with health care legislation. In 1989 she returned home to Colorado where she has delighted in being involved with the community. Among other activities, she has served as a board member and President of the Parents’ Association at Graland Country Day School, the Middlebury College Rocky Mountain Chapter, the Kent Denver Alumni Association, and the University of Denver’s Humanities Institute; and as a board member of Jewish Family Service.

Jill is thrilled — as she was at History Colorado — to be involved in something that holds such promise for our State. She is captivated by the work going on around her and all it might mean for the future of health care. And she is particularly motivated by the fact that the Center was established in memory of Charles Gates, who was both the father of her “oldest” friend, Diane Gates Wallach, and one of the most impressive, visionary and warm-hearted men she’s ever known. So she looks very much forward to doing everything possible to support and encourage those around her and maximize the Center’s impact far beyond our Rocky Mountains.

She and her husband Charles Jones have two grown daughters, Carly and Lucy.