What Every Doctor Should Know About the Holocaust

(May 2020) In 1930, Lili Elbe—the Danish artist portrayed in 2015 film The Danish Girl —went to the world’s first Institute for Sexual Science in Berlin to see Dr. Magnus Hirschfeld, a German Jewish physician who supervised her initial sexual reassignment surgery. 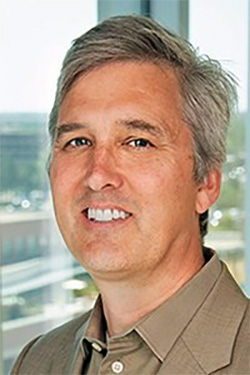 German physicians and scientists of the pre-WWII era were largely responsible for the invention of the electron microscope (identifying asbestos in lung cancers), advances in cancer epidemiology (advocating for breast cancer screenings and sounding the alarm on the public health impacts of smoking), and even the first vending machines selling new seamless rubber condoms invented by Polish-German and Jewish chemist Julius Fromm.

German medicine and scientists of the 1930s led the world; and they were also the only country in the world to have a written code of research ethics, and the first to include required coursework on ethics for all medical students.

Yet, Germany’s leadership in medicine and science was at the heart of heinous crimes. By the time Auschwitz was liberated in 1945, countless people had been victims of unconscionable medical research, and over six million Jews and many disabled, homosexuals, Roma/Sinti had been killed.

What happened? Prestigious academics played an important role, teaching a “science” of “racial biology,” suggesting that a superior “Aryan race” could be achieved through eugenics. They encouraged those who were “valuable” to society to reproduce and stay healthy, and they called for preventing “undesirable” people from being born, or eventually killing those already alive.

The Nazis were also effective at Gleichshaltung, the synchronization of national intellectualism and values, including a vision that the health of the Volk superseded the rights of individuals. Professors were told that “From now on, it will not be your job to determine whether something is true, but whether it is in the spirit of Nationalist Socialist revolution.”1 Jewish professors and others who did not agree were removed from their positions. Medical faculties “de-emphasized basic research, shortened the time of medical study to produce more doctors for the state…and [gave] greater stress to military medicine, populations, politics, and racial biology.”

When Nazi physician Karl Brandt authorized the killing of an infant born with deformities in 1938 at the University of Leipzig Hospital, it was the first “mercy killing” in the child “euthanasia” program. This set the precedent for 5,000 children and 200,000 adults eventually killed in the T-4 “euthanasia” program. These medicalized murders were portrayed as acts of healing—killing individuals to “heal” the nation while reclaiming state resources “wasted” on the institutionalized. The subsequent mass murder of Jews borrowed many techniques and personnel from the T-4 program, including the use of gas chambers. Nazi propaganda portrayed Jews as “infectious germs,” which had to be eliminated to improve the health of the nation.

Doctors today – not just Jewish doctors, but all doctors, all around the world – should know that German physicians and scientists of the 1930s were world leaders, and that together they fell from this perch. This knowledge means that the question for the medical profession today is not how did a few monsters crawl up from the depths into our midst? Instead, we must struggle to understand how most doctors, in the most advance industrialized nation in the world, became murderers together, and not despite their training but in the name of science and public health.

Matthew Wynia, MD, MPH, is the director of the CU Center for Bioethics and Humanities, which produces the annual Holocaust, Genocide and Contemporary Bioethics (HGCB)Program to promote education, scholarship, and community engagement on the lessons of the Holocaust for health care and society.

Meleah Himber, MEd, is the outreach coordinator of the CU Center for Bioethics and Humanities and project manager of the Holocaust, Genocide and Contemporary Bioethics (HGCB)Program.