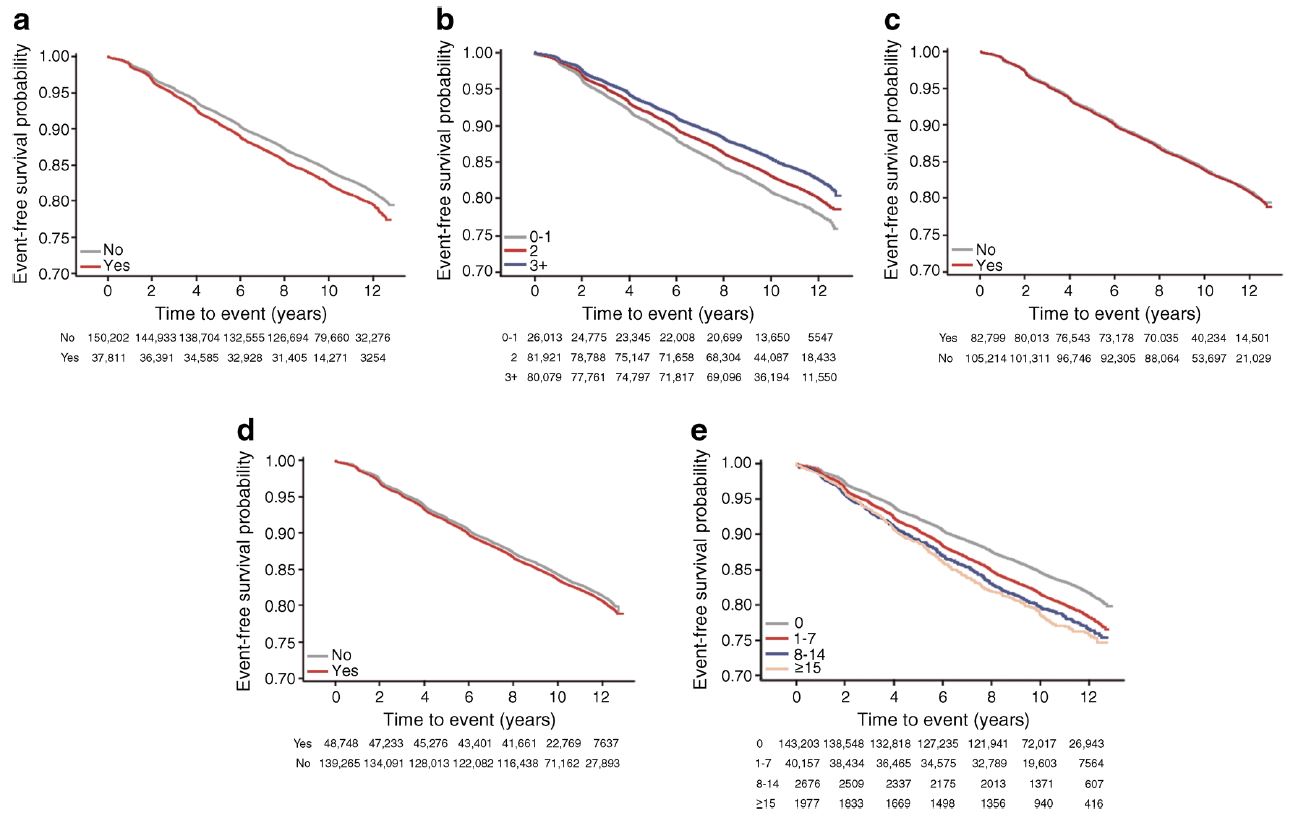 Brushing teeth three times a day or more is linked to an 8% lower risk of developing diabetes, while presence of dental disease is associated with a 9% increased risk and many missing teeth (15 or more) is linked to a 21% increased risk. These findings underline the importance of good dental hygiene and are reported in Diabetologia, the journal of the European Association for the Study of Diabetes (EASD).

Inflammation plays an important role in the development of diabetes, a major global health problem. Periodontal disease is also common in the general population. Because periodontal disease and poor oral hygiene can provoke transient infection and systemic inflammation, the authors, including Dr Tae-Jin Song (Seoul Hospital and Ewha Womans University College of Medicine, Seoul, South Korea) hypothesised that periodontal disease and oral hygiene indicators would be associated with the occurrence of new-onset diabetes (including both type 1 and type 2 diabetes).

The authors analysed data collected between 2003 and 2006 on 188,013 subjects from the National Health Insurance System-Health Screening Cohort (NHIS-HEALS) in Korea who had complete data for demographics, past medical history, oral hygiene indicators or laboratory findings. Oral hygiene behaviours (number of tooth brushings, a dental visit for any reason and professional dental cleaning) were collected as self-reported data from dental health check-ups. The number of missing teeth was ascertained by dentists during examination.

The study found 17.5% (around one in six) of the included subjects had periodontal disease. After a median follow-up of 10 years, diabetes developed in 31,545 people (16%). Using computer modelling, and after adjusting for patient demographics (including age, sex, weight, height, blood pressure, socioeconomic status), physical activity, alcohol consumption, smoking status, vascular risk factors and history of cancer, the presence of periodontal disease and number or missing teeth (15 or more) were both linked to increased risk of developing diabetes by 9% and 21% respectively. Frequent tooth brushing (3 times per day or more) was associated with an 8% decreased risk of developing diabetes.

Further analysis revealed different results for adults aged 51 years and under compared to those 52 years and older. For the younger group, brushing teeth twice a day was linked to a reduced risk of developing diabetes by 10%, and three times by 14%, compared with those who brushed once a day or not at all. In the older group, there were was no difference in diabetes risk between those brushing twice a day and those brushing once a day or not at all, however brushing three or more times per day compared with once or not at all was associated with a 7% decreased risk.

The authors say that that while this study does not reveal the exact mechanism connecting oral hygiene to development of diabetes, they add that tooth decay, especially as it worsens, can contribute to chronic and systemic inflammation, and increase the production and circulation of inflammatory biomarkers, which as previous studies have shown are linked to insulin resistance and development of diabetes.

They conclude: “Frequent tooth brushing may decrease the risk of new-onset diabetes, and the presence of periodontal disease and increased number of missing teeth may increase that risk. Overall, improving oral hygiene may be associated with a decreased risk of occurrence of new-onset diabetes.”