A retired cardiac-care nurse didn’t recognize her own symptoms. Neither did the first responders. It’s a problem that can have fatal consequences. 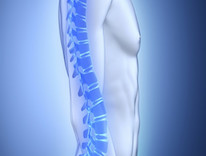 The work, published by the Esteve Foundation, reveals that gender differences in the manifestation of the diseases result in poorer diagnosis and treatment for women.

Women are underdiagnosed in at least 700 pathologies according to the book Perspectiva de género en medicina (Gender perspective in medicine), coordinated by University of Alicante Prof. in Preventive Medicine and Public Health María Teresa Ruiz Cantero, and published by the Dr. Antoni Esteve Foundation.

As stated by María Teresa Ruiz Cantero, according to existing knowledge, we can no longer pursue the 'one size fits all' model based on men, since its consequences are measured in delay and errors in diagnosis, gender bias in treatment, and in the increase in avoidable morbidity and mortality in women. As this work reveals, greater diagnostic delay in women than in men has been identified in at least 700 diseases, with the sole exception of osteoporosis. The established national strategies must consider gender differences both in symptoms and signs, as explained by the UA professor.

Although several scientific studies conclude that women taking cardiovascular medication are 2 to 2.5 times more likely to suffer side effects and adverse reactions than men on the same drug, health professionals continue to use the same doses for both men and women. Diagnostic bias has also been shown in the management of heart attacks, with care of women using the male symptom pattern, which can lead to false negative results. These are just two examples of how gender bias can influence health care, medical education and research.

The Dr. Antoni Esteve Foundation publishes the monograph series titled Perspectiva de género en medicina (Gender perspective in medicine), the first book that deals with the experience of applying the gender perspective from several medical specialities within the fields of healthcare and research.The monograph series is the result of a panel discussion held in Barcelona in 2018, in which 24 professionals addressed this issue from different disciplines, from infectious, cardiovascular and respiratory diseases to nephrology and rheumatology, going through hypercholesterolemia, pediatrics and, gynaecology and obstetrics.

Gender bias in health care occurs when the same health need in men and women generates greater diagnostic or therapeutic effort in one group with respect to the other, which may contribute to gender inequalities in health. The concept emerged in 1991 from an article inThe New England Journal of Medicine. There, a significant gender difference was detected in the performance of coronary angiography in patients from Harvard and New Haven hospitals due to coronary disease, which was greater in men than in women. Given the wrong assumption of equality between men and women in the course of the disease, the disease is often not noticed in women.

Alternatively, the fact that women and men have different health profiles has been highlighted as they are essentially different in their biology. For example, women are more often labelled as having mental health problems, but if we add alcoholism and suicide to depression and anxiety, the prevalence is similar in both groups, says María Teresa Ruiz Cantero. Prior to the discovery of Helicobacter pylori as the causative agent of peptic ulcer, prevalence in women was thought to be lower than in men because risk was associated with male patterns such as tobacco smoking. Tobacco as a risk of chronic obstructive pulmonary disease was also the reason for less frequent diagnosis in women, something that has been overcome with the performance of spirometries.

In the same way, underdiagnosis can also occur in men. This is the case of osteoporosis, which accounts for about a third of all cases although its frequency is implicitly assumed to be higher in women due to menopause. Gender bias in health care, therefore, also occur when wrong gender differences in the expression of diseases are assumed.

Thus, as pointed out by Ruiz Cantero, we can find different scenarios: diseases with greater prevalence in one group; diseases with different age of onset, symptoms (such as a heart attack), response to treatment and prognosis in one group with respect to the other and diseases affecting only one group, such as those associated with reproduction.

As stated by the UA Professor, gender perspective provides information that helps us rethink why and how gender bias can lead to a misconception of certain diseases, especially in women, and therefore influence the healthcare process, both in the diagnostic effort (unequal access, delay and waiting for timely healthcare from the onset of symptoms, diagnostic errors) and in the derived effort (types of therapeutic strategies, consumption and expenditure by gender, and overprescription of therapies).