News from the Ludeman Center

How Much Exercise Do You Need to Get Healthier?

Recent research suggests it's probably less than you think 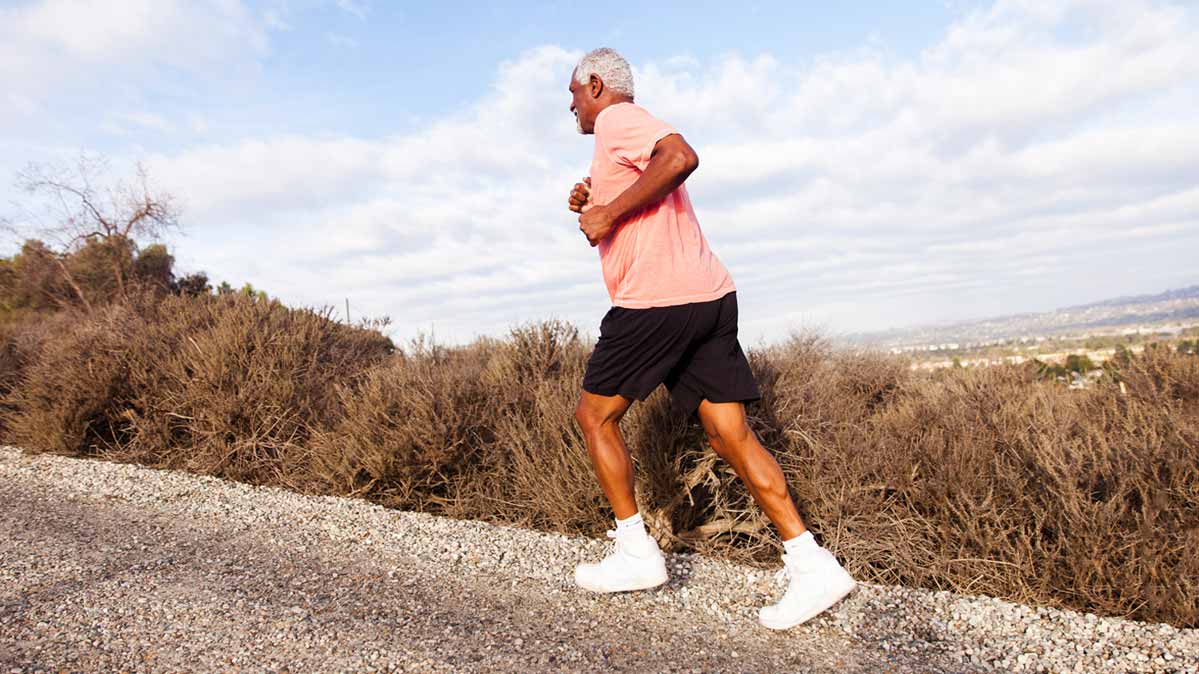 Regular exercise is probably the best prescription for healthy aging. But fewer than 1 in 5 adults 65 or older gets the minimum recommended amount.

That minimum amount is 2½ hours of moderate-intensity aerobic exercise every week. We’re talking about walking briskly or cycling at a level where you can talk but not sing—and at least two full-body strength workouts per week.

“This amount has been shown to help reduce your risk of heart disease, high blood pressure, depression, stroke, type 2 diabetes, colon and breast cancer, and decreased cognitive function,” says Judith Regensteiner, Ph.D. She’s the director and a founder of the Center for Women’s Health Research at the University of Colorado School of Medicine in Aurora.

If meeting a 3-hour-plus weekly exercise bar seems daunting, there’s still good reason to do whatever amount you can squeeze in. According to Regensteiner, even going below this minimum is probably effective. And some recent research appears to bear this out.

A January study published in the journal Applied Physiology, Nutrition, and Metabolism suggests that even extremely short but intense bursts of exercise can offer benefits for cardiovascular health.

In the small study, healthy but sedentary young adults climbed three flights of stairs three times a day three days a week for six weeks. The study subjects warmed up before and cooled down after, and were told to climb the stairs as fast and safely as they could, one step at a time.

After six weeks, they saw their cardiorespiratory (aerobic) fitness improve by 5 percent and showed 12 percent more power during a cycling test.

These effects aren't just found among young people. A study released in February by the journal Hypertension found that in a small group of sedentary, overweight or obese adults between 55 and 80 years old, just 30 minutes of walking in the morning kept blood pressure lower, on average, throughout the day. The effect was more pronounced in women when they also took short (3 minute) walking breaks every half-hour.

Another example of how even a little activity can do a body good comes from a 13-year study whose results were published in the American Journal of Preventive Medicine, where researchers tracked more than 139,000 adults. The greatest benefits came from meeting (or exceeding) the exercise recommendations, but those who fit in just 2 hours of walking per week were 26 percent less likely to die early than sedentary people.

And a study published in the European Journal of Preventive Cardiology found that older adults who exercised less than 30 minutes per day cut their risk of cardiovascular disease by 14 percent compared with inactive people.

“When you go from doing no activity to any amount, you see a marked decline in the risk of premature death from any cause,” says Alpa Patel, Ph.D., strategic director of the Cancer Prevention Study-3 at the American Cancer Society. “Then you see a continued added benefit with additional amounts. But the greatest jump is from being sedentary to doing something.”

Modest amounts of activity may also confer a mental-health benefit. A study published in the American Journal of Psychiatry found that people who were inactive had 44 percent greater odds of developing depression than those who were physically active for just 1 to 2 hours a week.

Even 30 minutes of exercise per week was more beneficial than none. The researchers concluded that the “majority of the protective effects of exercise against depression are realized within the first hour of exercise undertaken each week.”

And a whole lot of exercise may not necessarily be more beneficial for mental health. A large study published in The Lancet Psychiatry in 2018 found that those who worked out regularly had fewer days when they reported feeling stressed or depressed than their sedentary counterparts—and that people who exercised more than 6 hours a week felt stressed or depressed more often than those who did so between 2 and 6 hours weekly.

Small amounts of activity may cut dementia risk, too. Take, for example, a 10-year study involving people older than 65 that was published in the journal Alzheimer’s & Dementia. It found that those who were active three times a week for 20 minutes at a time reduced by 20 percent their chances of developing cognitive impairment severe enough to require moving to a full-time-care facility.

It Pays to Push a Little

If time is a factor, doing shorter but more intense bouts of exercise is as helpful as longer, moderate sessions. And you don’t have to go all out. “Even just changing up the intensity every so often—maybe by picking up the pace between light poles as you walk—can deliver health and fitness benefits,” says John Porcari, Ph.D., a professor of exercise and sports science at the University of Wisconsin-La Crosse.

Before you dismiss the idea of going harder, take heart: “We do high-intensity exercise with our cardiac rehab patients,” Porcari says. “Even if you have coronary heart disease, if you’re not symptomatic, all the guidelines now say that it’s safe to start exercising. Always check with your doctor first, though.”

3 Easy Ways to Get Started Today

1. Take a walk. It’s underappreciated, but walking is probably the single best exercise for most people.

2. Do what you can. Walk at a pace that’s comfortable; it’s that simple. As you get fitter, you can increase the time and/or intensity.

3. Break it up. A few short bouts per day are just as helpful as doing longer sessions and can feel more doable. Aim for 10-minute mini workouts two or three times each day. Go for a walk around the block a couple of times at lunch and repeat before dinner.

Editor’s Note: A version of this article also appeared in the February 2018 issue of Consumer Reports On Health.